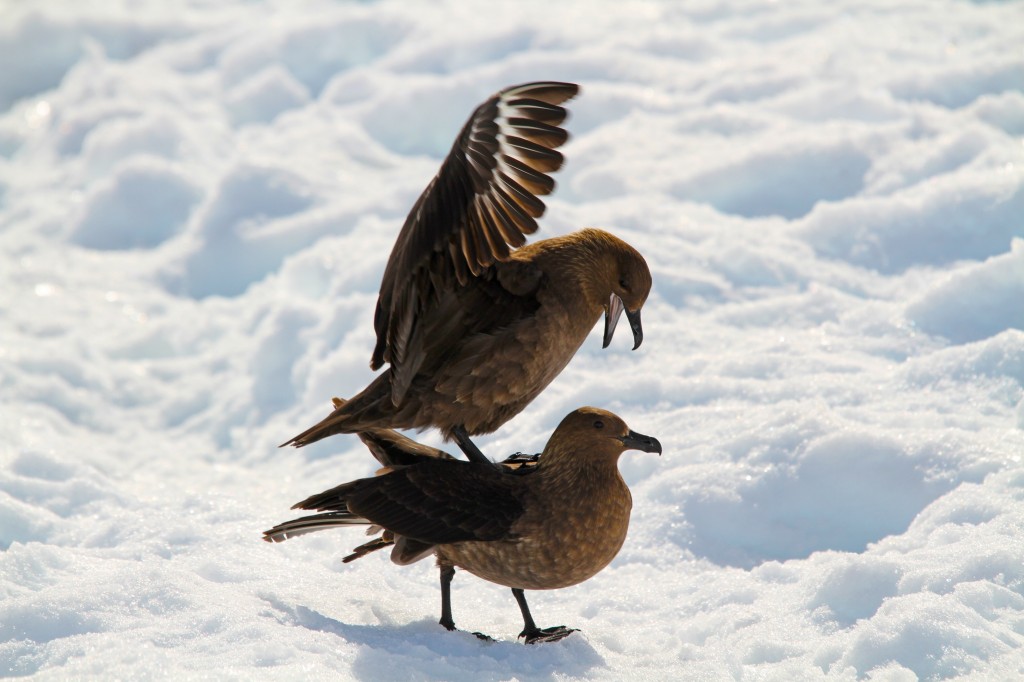 Today we pulled into Cuverville Island for our first stop of the day and I had a chance to sit down for an hour or so and watch the local skua population wreak havoc on the Gentoo Penguins. Skuas are a large brown bird related to the Northern Jaegers that constantly prowl the periphery of penguin colonies awaiting the opportunity to swoop in and steal an egg. Despite their scavenging habits and cutthroat attitude to cute cuddly penguins there is something charming about skuas. They are absolutely fearless and will wander up and stare you straight in the eye, but it always occurs to me that they are sizing you up for a meal “Are you dead yet? Can I eat you?” They also congregate around research stations where they virtually become pets despite their bad manners and killer instincts. If they are pirates then they are certainly the “Captain Jack Sparrow” kind of pirate with a bit of the rouge mixed in with a lot of charisma. The ones I watched today were happily sitting amidst the penguins which seemed unconcerned despite the various empty eggs around the colonies that had fallen victim to the rapacious birds. The skuas disdained the occasional penguin pecks to the extent that many pairs were happily consummating their relationship amongst the throng of tomorrow’s food.

This entry was posted in Cuverville Island, Patrick in Antarctica and tagged Gentoo Penguin, Skua. Bookmark the permalink.