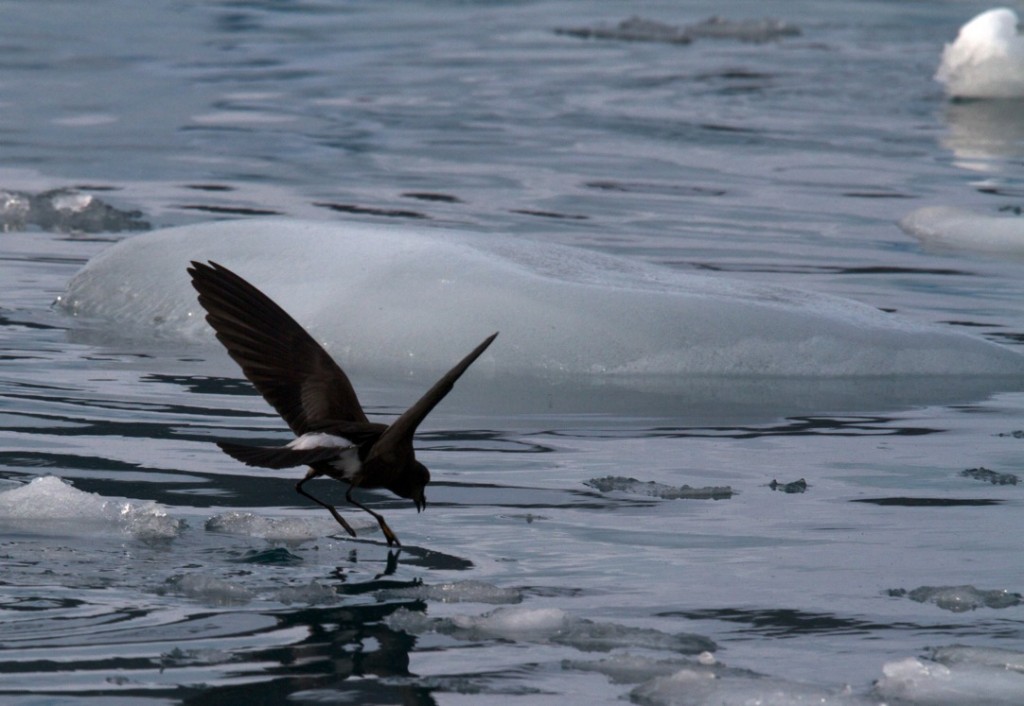 In the morning I awoke and paced around the back deck feeling the cold wind blow across the ocean and feeling the salt settle on my skin. I was out there for about ten minutes before I notices the small lump of feathers sitting in a corner – the only movement the occasional flutter of the feathers as the wind stroked its small friend so recently plucked from the heavens. It was a Wilson’s storm petrel – a tiny bird with a 30cm wingspan that is famous for traveling through all the worlds oceans. It’s always a remarkable sight seeing these tiny little birds darting around the waves of the mighty Southern Ocean like lost moths in the night. They always seem a little out of place amongst the graceful albatross as they furiously flap their way over the seas. It looked even more out of place lying limp in my hands. The unfortunate animal was probably blinded by the ship’s lights and flew headlong into the cold unforgiving steel of the ship. The small bundle of energy that drove the little bird across the immense distances of the Southern Ocean was extinguished on the steel deck where the scream of the wind was deadened by the regular thrum of engines and the metallic clinking that is the constant background song of the vessel. As I released the dead bird back into the ocean and watched the miserable bundle of feathers drift away in our wake I couldn’t help but feel sad to be part of the alien intrusion into the world of wind and waves that led to the demise of this tiny little life.

This entry was posted in Patrick in Antarctica and tagged Wilsons Storm Petrel. Bookmark the permalink.

2 Responses to Wilsons on board