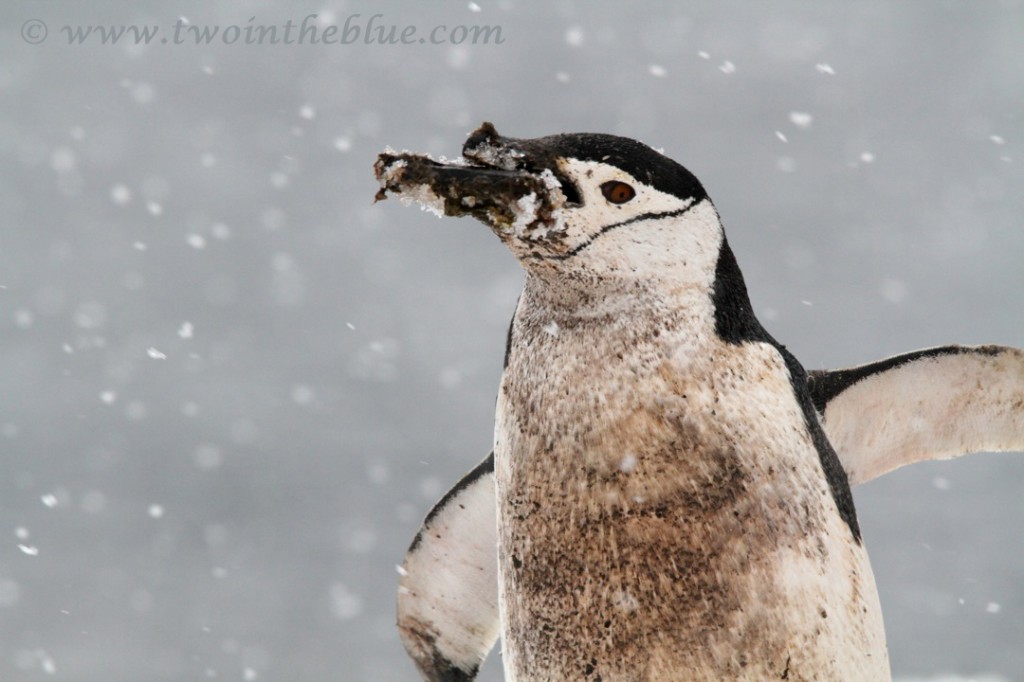 I love Antarctica. Its a wondrous place with abundant wildlife, stunning scenery and a feeling that etches itself into my soul whenever I find myself at the edge of the known world. It’s a heady mix of adrenalin, amazement and awe … but despite all this, standing in the freezing rain for several hours can get rather tiring. The energy levels slowly subside in proportion to one’s core temperature until you find yourself gazing listlessly at the array of breeding penguins that spread out over the slopes and raise a clamor as they squabble amongst themselves over the precious stones that are the building blocks of the castles they raise each year to keep their eggs from the snow. Even the daring raids of skuas diving into the black and white throng to steal away with an egg fails to raise the excitement it should when the extremities are a mere memory. And in light of that… I believe I will end this blog abruptly and jump into a warm shower.

This entry was posted in Patrick in Antarctica and tagged Chinstrap Penguin, Skua. Bookmark the permalink.