The heavens cleared today and we sailed through tranquil seas fringed by mountains bearing their weight of ice beneath the last clouds that hung low over the craggy peaks and refused to depart with the general exodus of grey that flew north on the wings of a southerly wind. The wind in question continued to whip the sea into a flurry of white caps, but as we pushed through the Errera Channel, the white horses riding over the waves were accompanied by the clouds of spume sent towards the heavens by an incredible feeding aggregation of humpback whales. 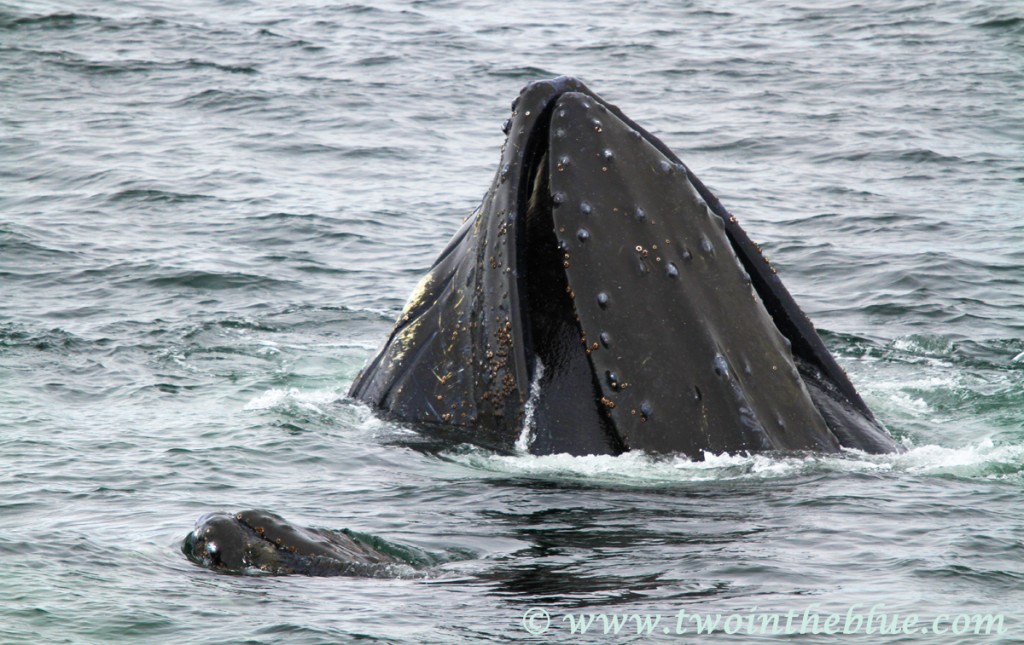 It’s easy to imagine the glee that early whalers felt when they saw whale aggregations like this… you could literally point the bow in any direction and target a humpback whale  which would provide a generous bounty of oil. Unfortunately the easy pickings led to the rapid decline of the whales in question.

Now, whales in the abundance we witnessed today are rare.  Seeing these leviathans lunge through swarms of krill, mouths agape, birds circling around to clean up the scraps, whale flukes crashing through the waves and pectoral fins flailing … it’s an incredible experience. The whales are returning though nowhere near in the numbers they once boasted. Let’s hope that in the future the blue whale, sei whale and fin whale will also return to these waters and once again we can experience Antarctica in all its natural splendour!

This entry was posted in Patrick in Antarctica and tagged Humpback Whale. Bookmark the permalink.