The grip of the cold 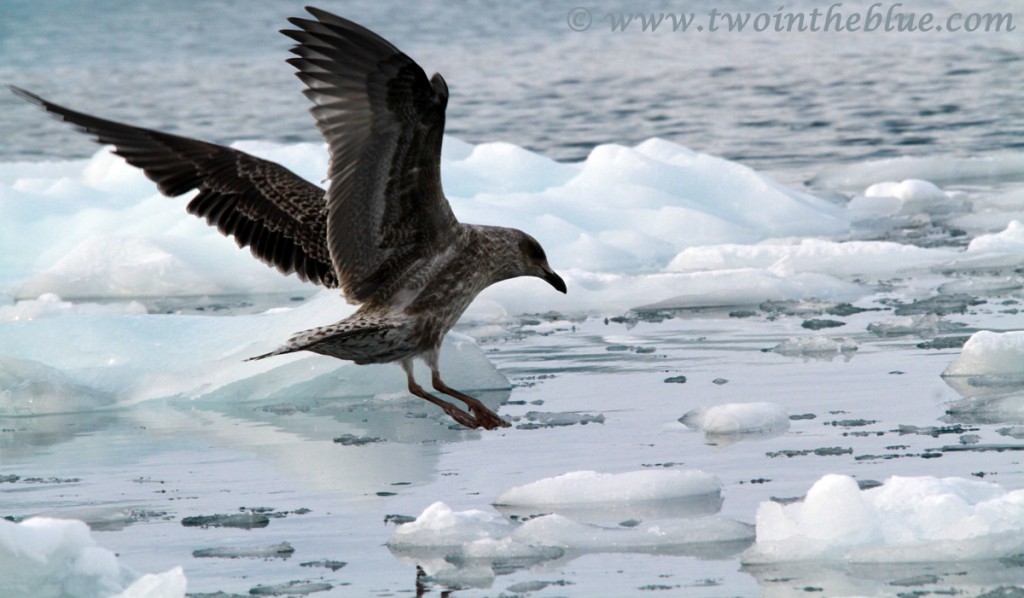 This afternoon the temperature plummeted to -10 degrees. The snow was falling from a bruised grey sky and fell to the hungry dark sea with barely a flicker as the winds had been swallowed by the cold. As the snow settled on the water it merged into a thin slurry that carpeted the surface of the sea like an oil slick and the sea turned into a sheet of roiling frosted ice. Before long the slurry of snow began to freeze. Soon the zodiacs where sending cracks into the frozen sea ahead as we searched for the elusive silhouette of the ship amidst the flakes of snow that scut visibility down to 15 meters. Thank the gods for the GPS … otherwise I think we may have spent the night frozen into the sea as so many of yesterday’s explorers of Antarctica have done.

This entry was posted in Patrick in Antarctica. Bookmark the permalink.