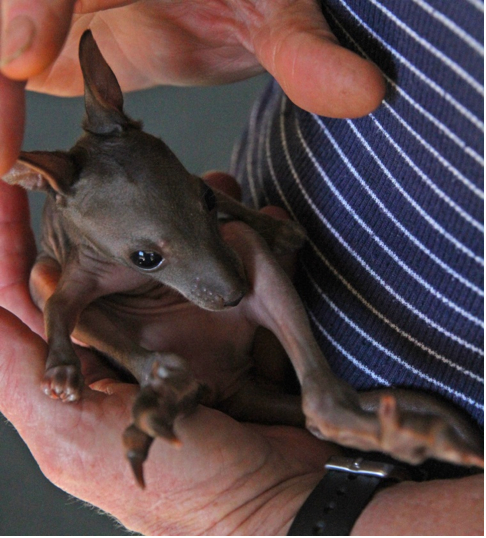 There’s never a dull day in the bush. Last night there was a bit of barking and snarling outside and we awoke this morning to find that a pademelon had been killed by dogs last night. For those not from Tasmania – a pademelon is a very small wallaby (which could be described as a small kangaroo). These little wallabies are quite common around Tasmania and can regularly be seen hopping around of an evening. Despite the fact that they are clearly doing quite well it is never pleasant to awake to see the lifeless corpse of one of these little critters in the backyard.

But on closer inspection …. there was movement. As you will know wallabies carry their young (a joey) in a pouch, and though this female was very much passed on, a small tail could be seen protruding from the pouch and wiggling. Moments later there was a writhing bundle of life in my hand. 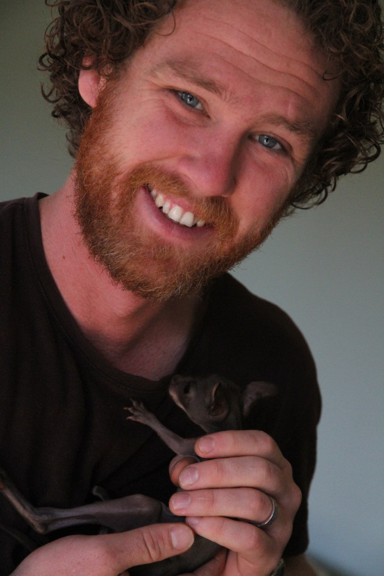 As it turned out the female joey was absolutely full of beans and seemed none too the worse for wear despite the night of terror. Indeed it needed no encouragement at all to wrap its lips around an eye dropper and take a drink of warm water with glucose to get its energy and fluids up. Actually, I reckon this joey has a bit of a sweet tooth as it spent quite some considerable time lapping up the spilt solution after it had downed it’s ration!

Unfortunately I am in no palace to take on the care of this cute little fellow, though I have fond memories of bringing up a baby pretty face wallaby as a child on the farm in Queensland. It’s amazing how much appeal and character these creatures have and though it was certainly the right thing to do it was a little sad to hand over the little joey to Trowunna Wildlife Park (www.trowunna.com.au) to take over its care. Trowunna have a policy of releasing orphaned wallabies in the same location as they were found so hopefully this little gal will be hopping around the house again in a couple of months.