How many doctors does it need to sail around the world? 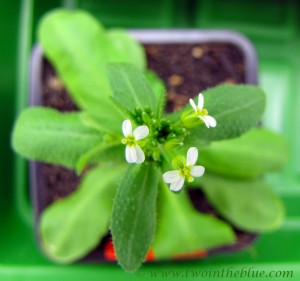 While Patrick has earned his PhD degree years ago on invasive species in the Southern Ocean, I spent the last three years on researching how heritable information that is not directly encoded in the DNA (so called epigenetic inheritance) may contribute to adaptation in plants. Facing climate change and habitat loss genetic diversity of many species is declining, thus it is crucial to understand whether organisms can adapt to novel conditions independent of genetic variation. To study this I was using the study species Arabidopsis thaliana, which is the equivalent of the Drosophila fruit fly for plant scientists – both these species are routinely probed and played with by enthusiastic geneticists to solve the mysteries of the DNA world. For my PhD I have grown thousands and thousands of plants, measured their phenotypes under many different environmental conditions over several generations and performed a myriad of manual crosses on their tiny flowers. In the lab we measured the expression of genes of hundreds of plants … and in the end everything was compiled in my PhD thesis, which I have finally handed in to the ETH Zürich last week!

So now while Patrick is up in chilly Tromso tidying up the yacht in preparation for the trip I am tidying up three years of accumulated paper work, empty coffee mugs, and the general detritus left from long nights in the lab. Looking very forward to replacing the banks of beeping scientific equipment and white lab walls with the jagged coastline of the arctic and the wide blue ocean!

One Response to How many doctors does it need to sail around the world?