Somewhere along this epic voyage we have a plan to tie the knot – I’m picturing us exchanging vows under the shade of a coconut palm while gentle waves lap upon a sandy beach in the Caribbean. The alternative of performing our nuptials on a barren icy shore with the spectators carrying large calibre rifles in case a polar bear decides to join in the festivities just doesn’t have the same ring to it… That being said, I reckon it’s pretty important that one of us doesn’t fall overboard sometime between now and the happy day! Now I’m sure there will be times when Leonie will feel like pushing me overboard, but the aim is to definitely arrive with the two in the blue intact. 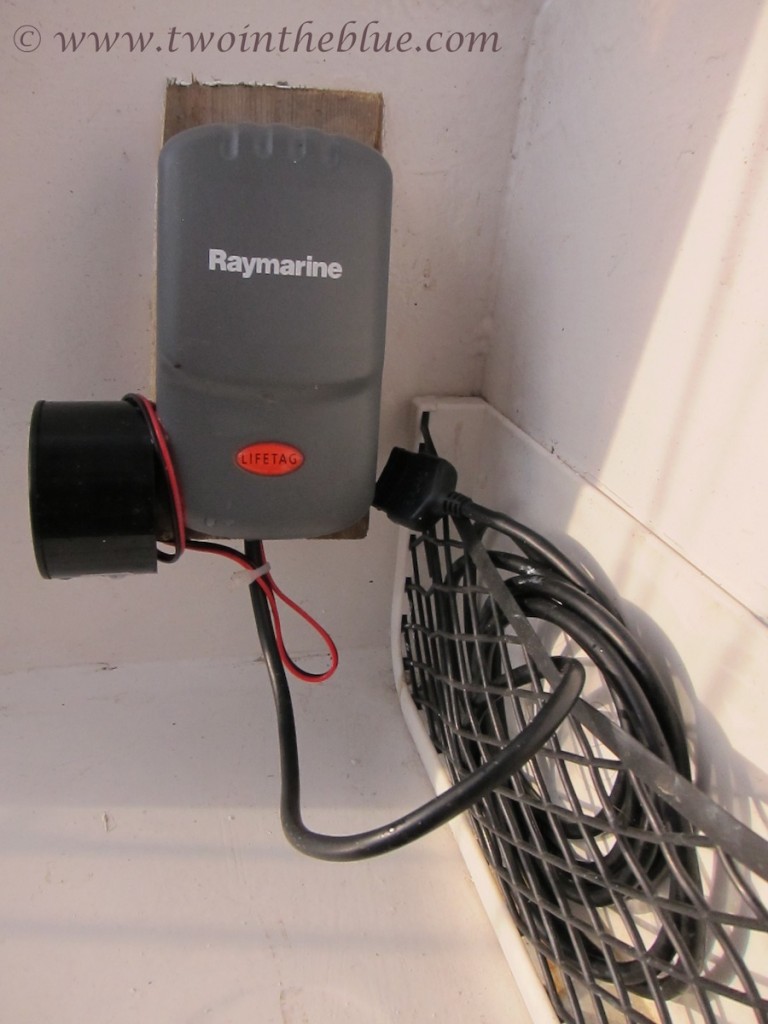 The problem is that during our long ocean passages we will be sailing 24hrs a day sometimes for several days at a time … If you do the maths then that means that one of us has to be asleep below while the other fights the elements, or hopefully simply fights off the fatigue of a long watch at sea. But what if the person at the helm falls overboard? The thought of Leonie flailing in our wake while Widdershins happily sails on and while I slumber on unawares is not a notion that will be conducive for a good night sleep (in the case around four hours).

The solution to the dilemma takes the form of our newly installed man (or woman) overboard alert system – the Raymarine Life Tag. It works like this – whenever behind the helm you very own intrepid explorer will be wearing a small beacon strapped to his/her wrist. Wether drawn by the song of a siren, sick of the on-board company or simply taken unawares by a wall of green water coming over the side – once in the drink and 6 meters away their blissfully slumbering companion will be torn from peaceful repose by a blaring alarm. Provided they don’t knock themselves out when sitting bolt upright in the tight berth, they are then free to take charge and return for their sodden soul mate.

Of course we will also be attached to the deck by a harness at all times, but I don’t plan to make it easy for my bride-to-be to escape!