The herring prince and the sleeping beauty

After one week in Siglufjördur, we finally have a functioning engine again, and are ready to move on. However, being involuntarily stranded here for a few more days than planned allowed us to explore the surroundings and the town itself more and has given us a fantastic opportunity to touch base with locals.

Despite its appearance as a sleepy coastal village, Siglufjördur actually played an important role in Iceland’s recent history. Iceland was one of the most impoverished countries of Europe at the turn of the last century, until the discovery of huge herring shoals at the north coast of Iceland provided the impetus to a new era of prosperity. As the folk of Siglufjördur say “herring was the prince that awoke the sleeping princess with a fishy kiss”… and if the prince had a home it would surely be this scenic little town. Nowhere else was the fishing fleet larger, or the number of processed herring higher. Each season hundreds of thousands of barrels of herring were salted or processed into oil and meal, contributing as much as 44% to Iceland’s income. The town, of course, grew rapidly and flourished providing an abundance of job opportunities for fishermen, herring girls, coopers, mechanics and many more. Indeed the streets of Siglufjördur were bustling to the extent that the crowded main street was compared to the bustling streets of London! 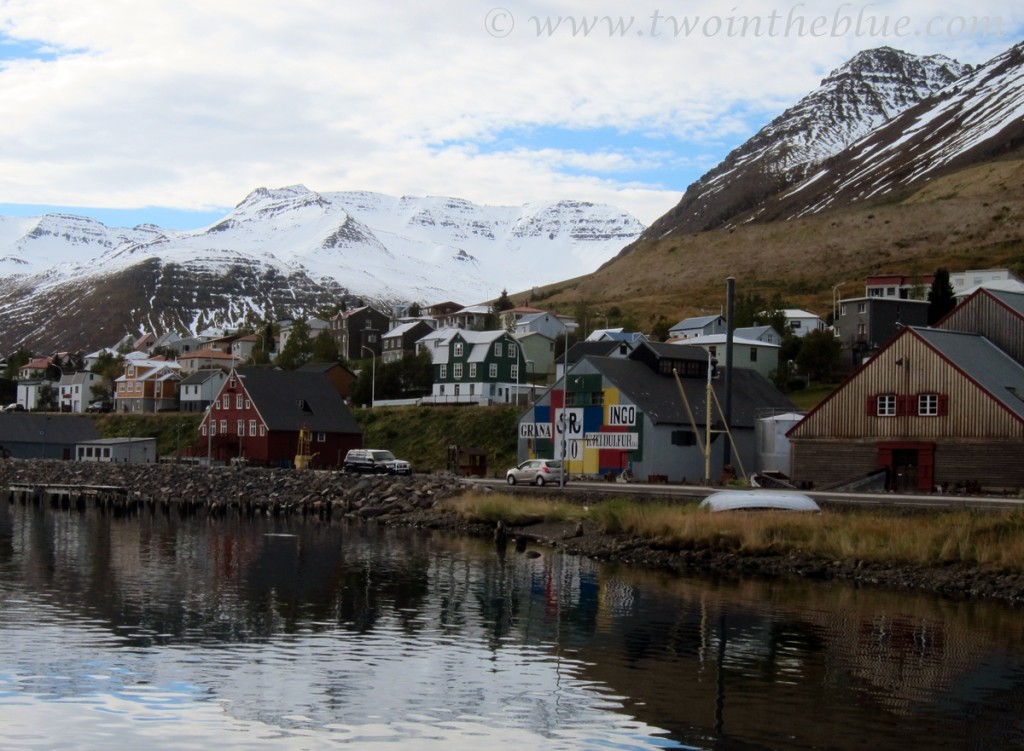 The prince however was becoming restless. In the 1950s the herring started to become less and less – but the smell of herring that hung thickly over the town was likened to the smell of money and the Icelanders were not yet ready to let the prince escape. As the herring shoals became increasingly hard to find new technologies such as the use of echo-sounders to locate the herring school managed to keep the herring coming. As new shoals became available the herring boomed again in the early 60s and Siglufjördur continued to prosper.

But suddenly, it was all over. In 1968, almost no herring was caught, and the bustling factories stood empty leaving the people of the town without jobs. The prince, it seems, had slipped away and Iceland fell into a huge depression that surpassed the great depression in terms of the adversity felt by Iceland people. Fishermen and their families moved away from Siglufjördur, leaving the town to decay. The factories and wharves that once bustled slowly subsided into the sea leaving the town with a downcast air.

But the folk of Siglufjördur are nothing if not resilient. After a period of decline lasting until the 1990’s, local residents banded together with the aim of restoring the former glory of the town. At this point a smaller pool of fishermen called the town home and fishing was still important – following strict quotas enforced by the Icelandic government the herring had returned, though in lesser numbers, and now other fisheries including cod, shrimp and capelin all contributed to the catch of the town. While fishing was never to be as profitable and the great “Herring Adventure” proved, the town had retained its fishing heritage. And heritage had become a lynchpin of the community here. Örlygur Kristfinnsson, the director of the local museum (www.sild.is) was one of the citizens who helped kick-start the rejuvenation of the town by founding a museum focusing on the history of the Herring Adventure. The museum, which is now a central attraction in the town, has won various Icelandic and European awards and paints a vivid picture of the life of the town during the boom. But more importantly perhaps, the development reflects a shift in the lifestyle of the folk here in Siglufjördur. While fishing will always be fundamentally important to the town new opportunities such as tourism are beginning to play an important role. The magic of the town however, is the fact that the history and cultural heritage is not enclosed by the walls of the museum – the history of the herring seems an integral part of the town itself and the people living here.