We have already left many borders behind us on this journey, yet as we head further south from Scotland to Northern Ireland, and then on to the Republic of Ireland and various other EU countries border crossings are beginning to present a different experience. Of course one major change is the fact that reaching a new country can be a matter of a short hop of less than a day as opposed to the tiring progression of dawn and dusk as we grip the tiller in the open ocean. However, here in the heart of Europe the official attitude towards yachts passing between countries has also changed.

Rather than the long held tradition of raising the yellow “Q” flag and inviting customs officers aboard to fill out a pile of paperwork, since arriving in Europe we have found that most of the formalities are completed by a short phone call. Indeed the mention of old fashioned traditions like flags seems to rather amuse the officials who nether-the- less mention that we are welcome to raise the flags for the sake of tradition! 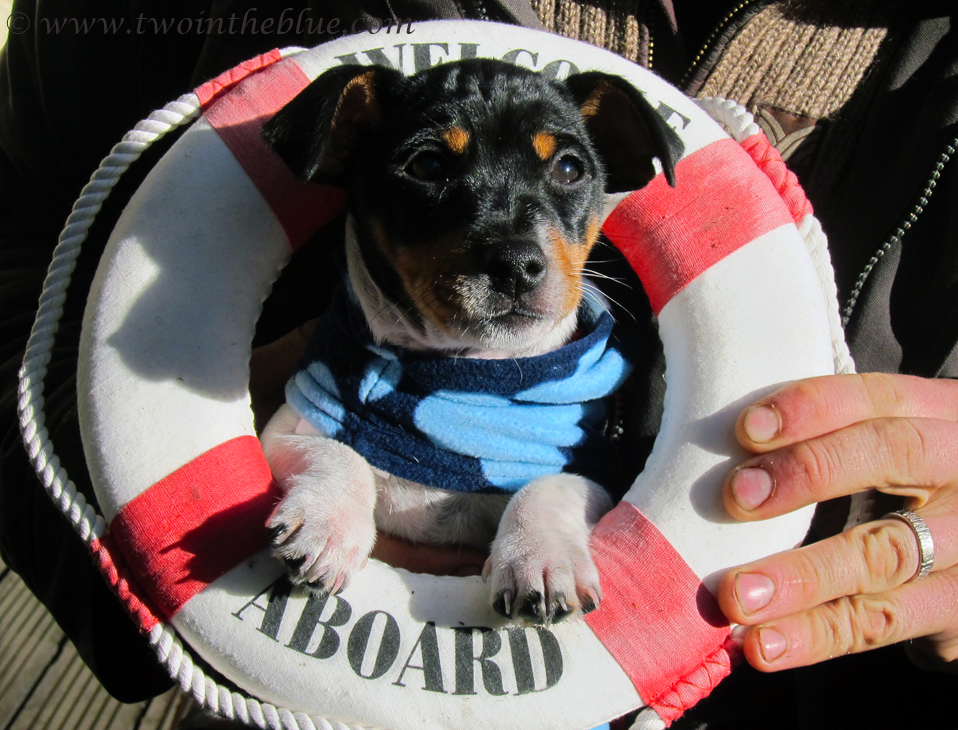 Since it was all running so smoothly we, of course, decided to make our life more complex! The thing is that while the border between European countries seems to be fairly wide open to wanderers on the water, add a little dog to the mix and things get rather more complicated. Despite having spent the past months cultivating wild hair, a bushy beard and a liberal coating of grease and grime designed to instil fear upon the landlubbers we encounter, my best attempt at the scary pirate look merely raises a smile. On the other hand, it seems that a very tiny puppy dog (currently snoozing on my lap) if the stuff of nightmares where immigration officers are concerned.

To assure the powers of authority that this lightly snoring puppy is not, in fact, a threat to national security we have been spending the past few days arranging microchips, vaccinations, pet passports, worming doses and various pieces of paper and promises to ensure that little Sparrow does not set off any alarms as we sail south. So far all looks good so tomorrow we set sail for the green shores of Ireland!

This entry was posted in Scotland. Bookmark the permalink.