The last week we found ourselves busy with last minute shopping and last minute fixing of numerous small broken things on the boat, all to prepare us to return to Africa. While the intensely burning sun in the Canary Islands already announced the southern realms, the city of Las Palmas in Gran Canaria was very much a European town, with all the luxurious shops, restaurants, bars and clubs that come with it. Granted, hot showers in the morning are nice, but we longed for a change in scenery. 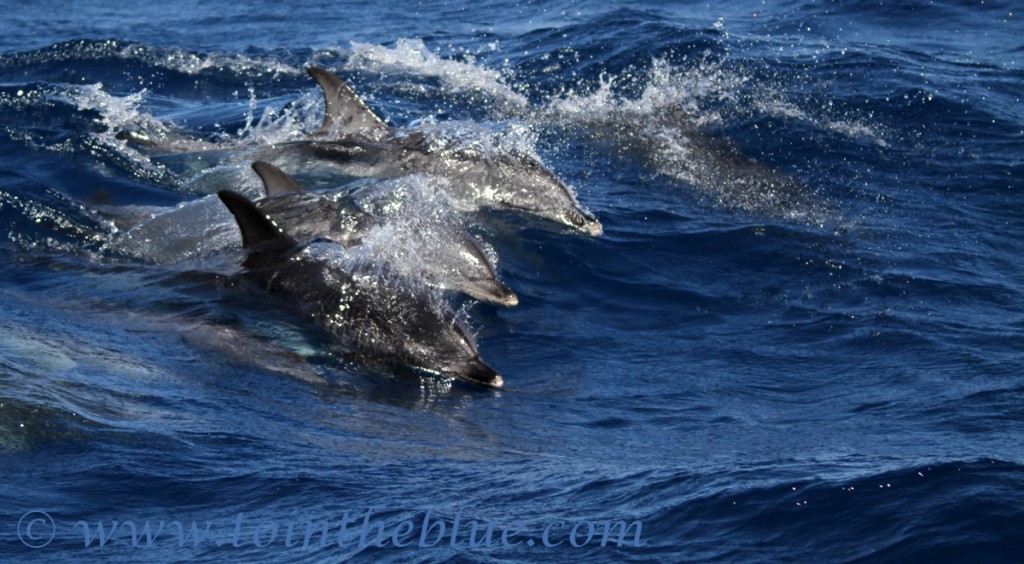 So, last Sunday we once again boarded our faithful little yacht Widdershins, and headed South. Almost 300 nautical miles lay before us, and rarely has the sailing been so relaxing. During the day we got rid of most our cloths, burning our skins in the blistering sun in many hidden places still harbouring our Arctic moon-tan! The north wind was moderate, and with the sea sheltered from the Canary Islands barely any waves rippled the surface. Instead, myriads of dolphins accompanied us for much of the way, and the further south we got, the more diverse the birds soaring around our mast became.

Then, finally, at the end of the third night, a long peninsula enclosing a wide lagoon became visible on our radar – and with it dozens upon dozens of fishing vessels leaving the shelter of Dakhla harbour. Normally, that would not pose a big problem, but most of the boats were not illuminated, or if they bore a light, it was so faint that one could only just make it out when the ship was a few hundred meters away. Granted, occasionally some would jump up and wave a faltering torch erratically in our direction, but the final approach ended up a wild careering race with the tide at our heels and various small dinghies providing a hair-raising slalom course! 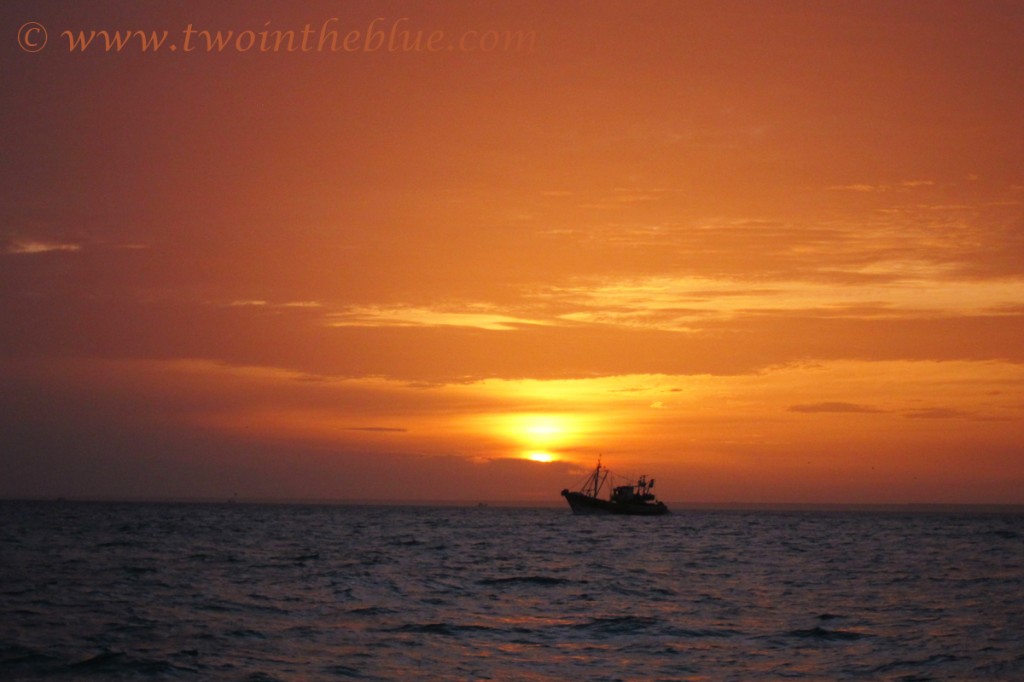 When the sun raised over the horizon in a splash of orange a landscape different to anything we’ve seen so far on our trip unfolded. White, low banks glared in the morning sun before climbing into distant cliffs and arid plains – all barren and burnt by the merciless sun. Once we tied up in the busy fishing harbour, and fought our ways through endless bureaucracy, we discovered a place bare of any vegetation, with long, dusty roads leading to the remote village of Dakhla. We are yet to explore this town but it already has that smell of adventure clinging to it …

This entry was posted in Morocco and tagged Dolphin. Bookmark the permalink.