Repairs and relaxing in Mindelo 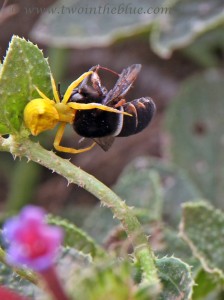 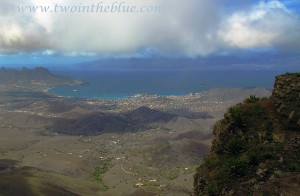 life-style. Jazz tunes whisper down the street and tumble onto the beach chased by the breeze from the trade winds, countless dogs amble down the cobbled streets or laze in the shade, and often we find ourselves lazing along with them with a good book and a glass of Strela beer. 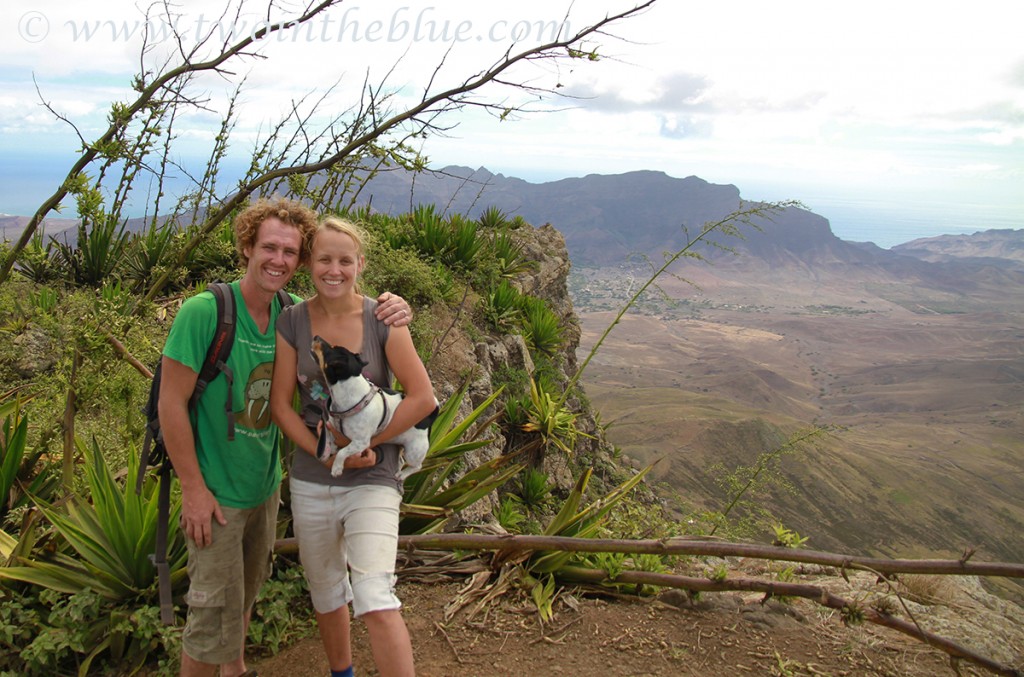 Not that we have been completely lazy though! A few days ago the three of us took a long hike up to the highest point on St Vincent Island – Mont Verde. Standing at roughly 700m above sea level the mount is named for the unusually lush growth than clings to the steep slopes. The generally arid landscape of the island is here replaced by thickets of pine and casuarina punctuated by the spear-like leaves and towering floral spikes that cling to the highest heights. The green is sources from the light rains harnessed from the clouds that skim over the island and this rain was once an important agricultural boost to the otherwise impoverished island. 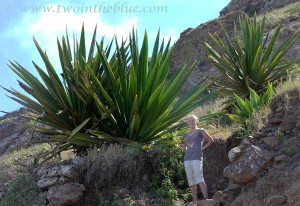 The evidence of long lost labourers are everywhere here with intricate networks of terraces lining the slopes and the crumbling remains of rock buildings facing out to the tremendous vista of the Atlantic Ocean. Though a few farmers still scrape a living 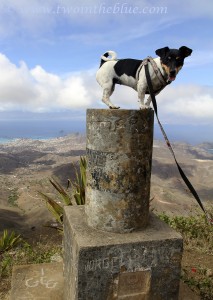 from the soil, the slopes these days seem abandoned with the only sign of human activity being restricted to the military base that claims the summit. Meanwhile however, the ravens and falcons dip and soar in the breeze and sparrows and other small birds flit through the undergrowth and the ruins of the buildings.

The view from the top is stunning and as we gazed down to the cramped twisting streets of Mindelo we have to wonder why anyone would abandon the clean air and endless views of the mountain in favour of a cramped flat amidst the throngs. I know where I’d choose to live!

This entry was posted in Cap Verde Islands. Bookmark the permalink.