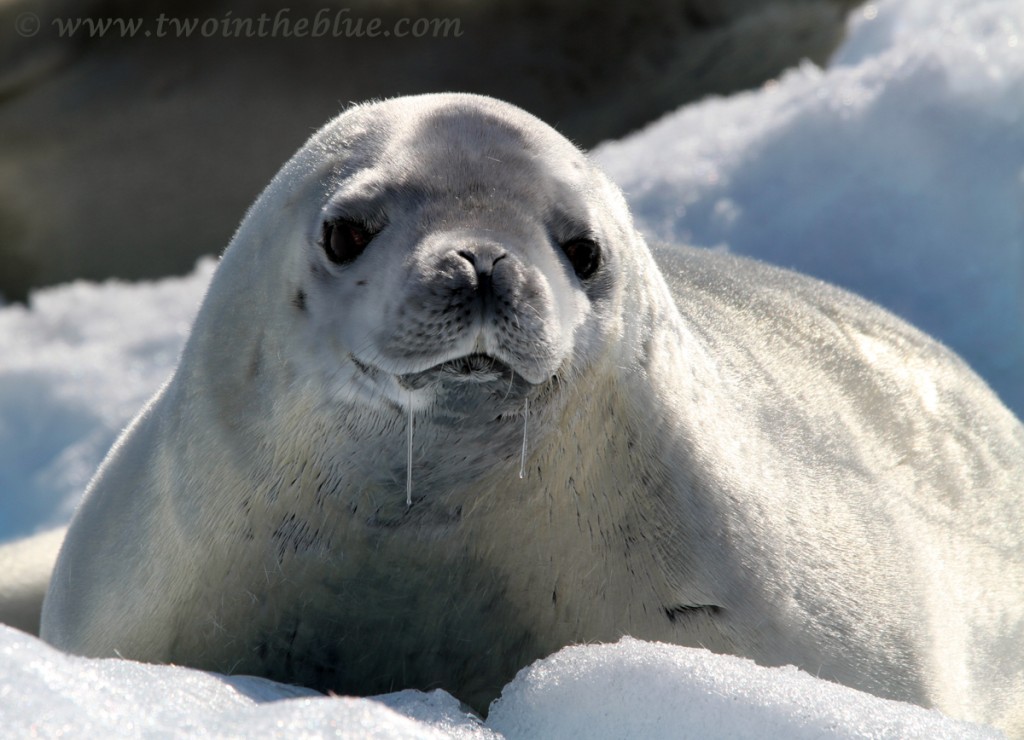 This morning at 10:00 we slowly nosed over the Antarctic Circle – that point at which the sun refuses to dip below the horizon in the Southern summer and stubbornly hides its face for the duration of winter. The sea was shrouded in fog as we crossed the line and the wind was eerily absent so that an feeling of mystery hung in the air to be shattered by the strident blast from the ships fog horn to mark passing of the circle. This is the furthest South we have made it this year and despite the heavy ice we know will dog us as we make for Marguerite Bay, right now there is no ice in sight and the air temperature is a comfortable zero degrees. Strange to think that here in the depth of the Antarctic we are walking around in light sweaters while in Europe people are freezing to death in the grips of an icy spell that has seen temperatures thirty degrees below zero. But then again the Antarctic is a capricious mistress and all this calm weather leaves me with an inkling that at any moment the gales will be switched on and the ship will be wreathed in ice as the blizzard begins.