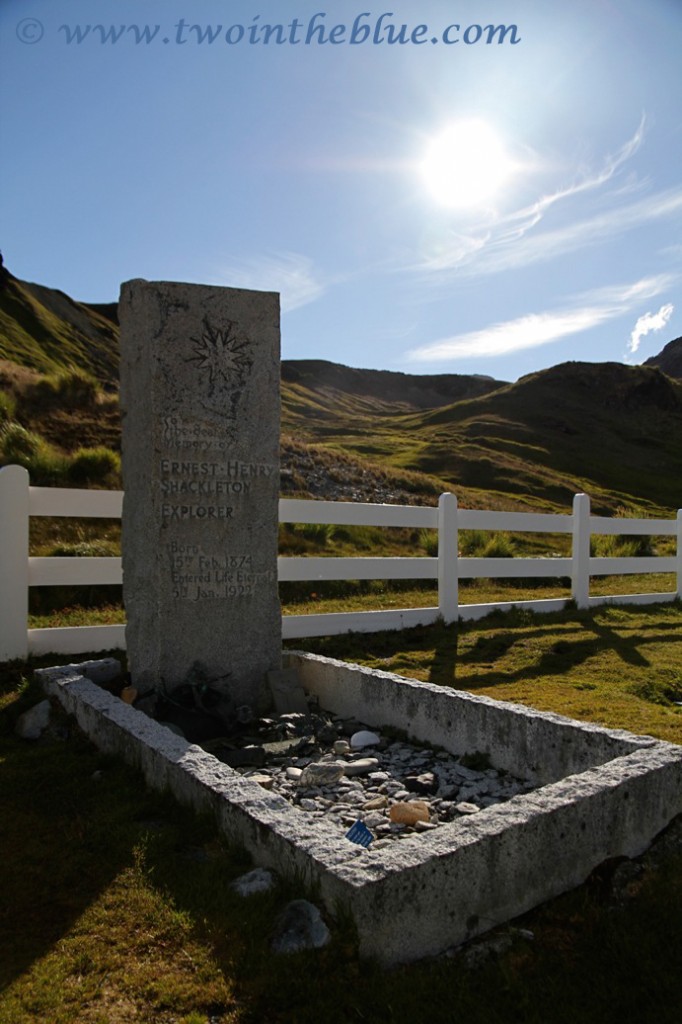 After several days in South Georgia loosing ourselves amidst the vibrant wildlife that has to be seen to be believed we have had a couple of days at sea dodging heavy ice that has successfully fended off our attempts to land on the South Orkney Islands and kept us on a merry chase through rafts of ice until we finally manoeuvred our way to the bleak rocky shores of Elephant Island.

While on South Georgia we visited the grave of Earnest Shackleton and his right hand man Frank Wild who was interred next to the boss just days before we arrived at Grytviken. Strangely enough old Frank ended up falling off the face of the planet after being a central figure in the exploration of the Southern continent. In fact he ended up as a local barfly in South Africa and his ashes were recently discovered in an undistinguished grave …. When they were finally recognised whey were sent all the way to South Georgia so that Shackleton’s right hand man could finally rest beside the man who he always revered and who he had helped to make such a distinguished figure in the history of exploration.

Today we launched the zodiacs in heavy swell off the coast of Point Wild and visited the site where Shackleton’s crew spent over four months waiting for the “boss” to return and save them from their bleak predicament. Frank Wild was in charge of this desperate crew surviving on the few penguins that hadn’t fled in the wake of the advancing ice. To see this barren shore really places one in the midst of these poor beleaguered sailors.

For us it was merely a quick visit – to these men it was a small spit of land that stood between them and a cold hungry death. These men had a huge faith in their leader who had left them to sail on a seemingly impossible journey on a small wooden boat through the most dangerous seas in the world to seek securer for his stranded men. One can only imagine the anguish of these men went through but we know that their long months of hardship were rewarded by the site of the “boss” rowing back to them to relieve them from their drastic predicament.

In our case we head further south towards the Antarctic Sound after leaving Point Wild. The ease with which we move around the Antarctic region would have seemed incredible to these early explorers, but we cannot travel far without acknowledging these brave men who drew the first maps of this lost icy continent. 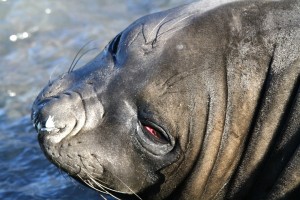 In amidst a rolling sea we sighted the South Orkney Islands today and slowly made our way to Signy Island and a British research base. The zodiacs were unloaded and I drove in to the base, however, the trip over sent us a strongmessage. After a ten minute ride with green water crashing over the front of the boat we thought maybe it wasn’t such a great idea to unload passengers given the increasingly nasty weather. In the end I managed to touch the jetty on Signy Island, take a quick look at the elephant seals lounging on the beach, then waved a cheery farewell to the scientists onshore before turning tail and running back to the ship. Oh well … perhaps we’ll get to visit this remote outpost another time. 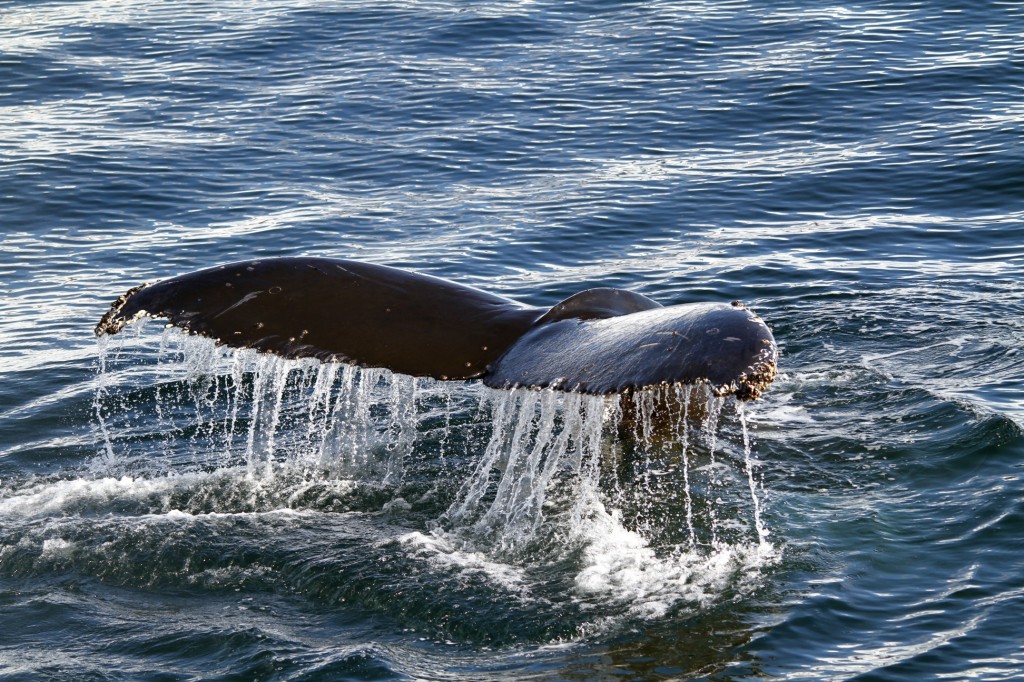 The past day we have been skirting a depression in the Scotia Sea that has forced us well to the west of our next objective: the South Orkney Islands. But finally this evening we have drawn into sight of the rocky outlying islands which jut from the ocean and reach for the heavens with sheer sides and forbidding silhouettes. Around the islands are a battalion of tabular icebergs lurking in all directions, each with a small group of penguins standing atop and with whales blowing all about. It’s a shame we cant spend longer in these remote islands, but unfortunately we have to turn to the south and make for Antarctica.