The march of the penguins

Today we stepped ashore at Peterman Island which is the furthest south I have made it this summer. The island was fringed by drifts of pack ice through which penguins porpoised on their way to land. The interesting thing to note was which penguins were swimming by as we battled through the ice to make the shore. On the island there are over 3000 pairs of Gentoo Penguins, and around 500 pairs of Adelie Penguins. But these number are shifting at a rate equivalent to the ice flowing past the rocky shores on which they nest.

It seems that on this particular island we are witnessing a shift from a system, dominated by Adelie’s towards a system dominated by Gentoo penguins, and each year the proportion of Gentoo’s increases and the Adelie’s declines. Bear in mind that this is the furthest South that Gentoo penguins are known to breed. The shift seems very much like the staging point for a southward invasion of Gentoo’s … and the reason? Well it has everything to do with climate.

The Antarctic Peninsula is experiencing a significant increase in average temperature .. not enough to be appreciable to the casual visitor, but certainly enough to affect the yearly extent of sea ice .. but certainly not enough to bother a penguin surely? Well, the answer is found in the explosive emissions from a penguin’s rear end. As one watched these spectacular spurts one notices that rather than the rich red colour that transpired from a full belly of krill, many of the penguins on the island are shooting spouts of white. White, as it turns out, shows that the penguins are eating squid or fish, rather than the krill which represent the mainstay of the Antarctic food web.

So what is happening? It seems that the prey that penguins feed upon are much more susceptible to  temperature changes than the penguins themselves and as fish species thrive is slightly warmer temperatures while krill struggle in the face of disappearing sea ice, the penguins are finding the menu a little different from the norm. It seems Gentoo’s are pretty eclectic in their diet while Adelie’s have a penchant for krill, krill and more krill.

In the face of this culinary shift we are now witnessing the triumph of the junk food diet over that of the fussy feeder … sound familiar? Well watch this space! 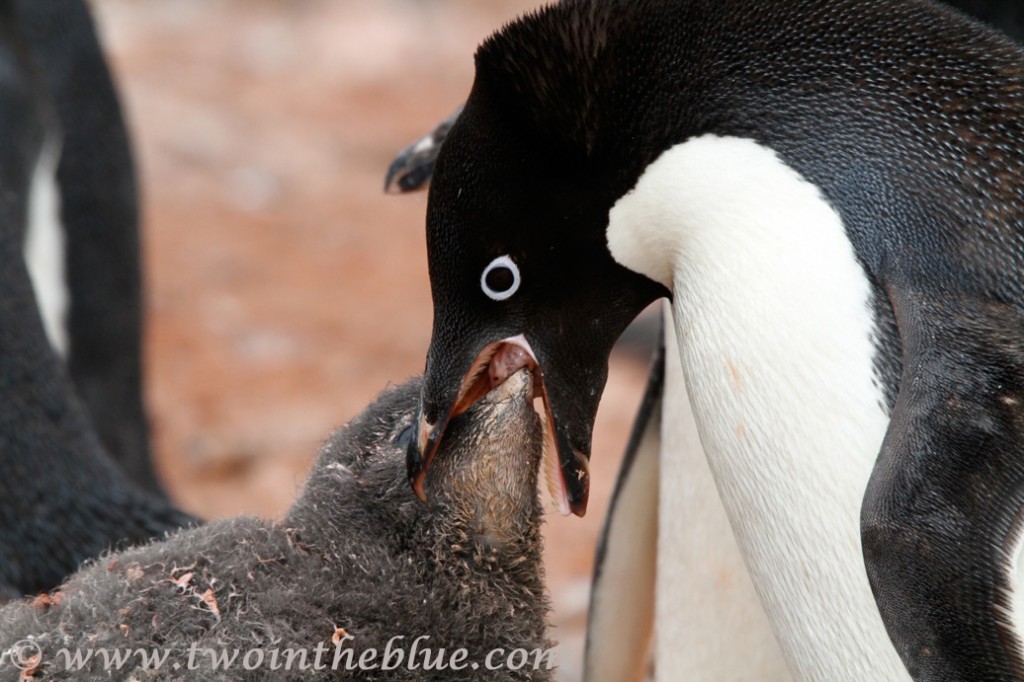 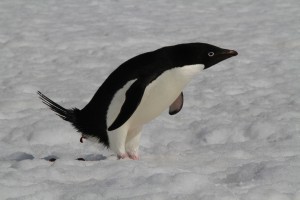 Just five minutes ago I was on the foredeck of the Akademic Ioffe watching two humpback whales slowly cross the bow of the ship against an incredible sunset with icebergs dancing on the horizon still catching the last rays of the sun. A spectacular evening in the Antarctic Sound. To turn back the clock to the other end of the day, we woke this morning drifting off Paulet Island which is home to between 60-100.000 pairs of Adelie Penguins. A bit of an uncertain figure since the penguins in this region have been declining lately, but regardless of a downward trajectory in the population, the beach and island is certainly a surging mass of penguins all busily going to and fro from the sea to feed their half grown chicks which add to the loud chorus of a penguin colony. Beside the penguins is a large colony of Blue Eye 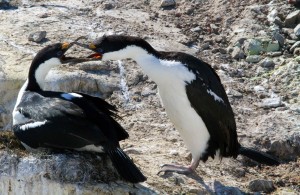 Shag which add their own distinctive brand of noise and also their own odour to assault the nose… this many birds in a small space certainly has its own distinctive aroma. The morning excursion was followed up by a zodiac cruise amidst icebergs where three species of seal where spotted as well as a lot more penguins and the elusive snow petrels wheeling amidst the towering bergs. But of course the highlight of the day was hamburgers for lunch. Not often we get hamburgers aboard… 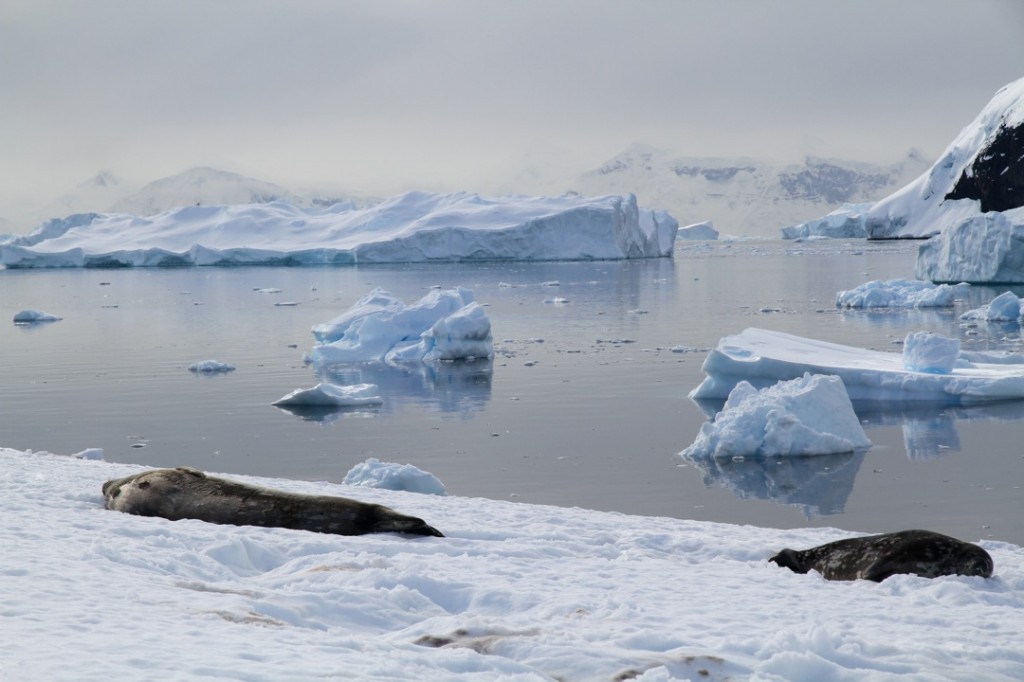