Just a handful of days ago we were walking amidst he remains of the blubber ovens of Smeerenburg – the remnants of the industrial effort to harvest the whales of the Arctic that began in the 16th century. We were lucky enough to see whales feeding in the fjords of the north, however the reality is that the first efforts to harvest whales in these waters resulted in the virtual decimation of the whale stocks of the region. The bow-head whales that originally brought the whalers are almost absent from these waters and the large baleen whales like the blue whales we saw in Woodfjorden soon followed the plight of their cousins when industrialisation proved faster and better equipped whale chasing vessels. 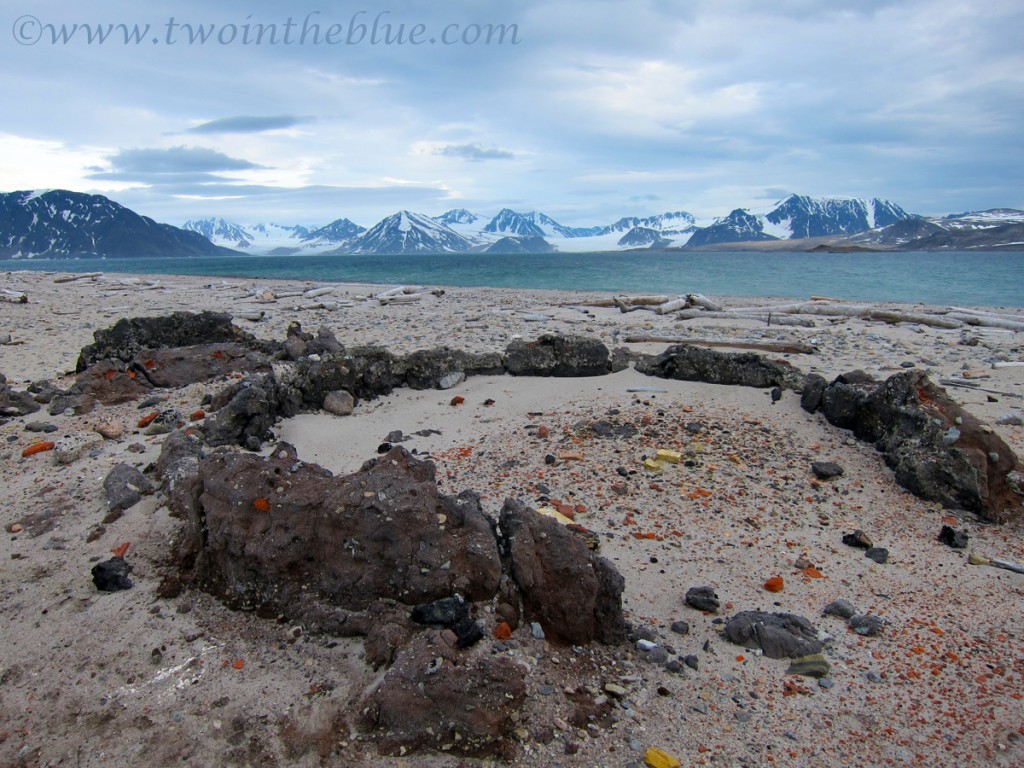 From a modern explorers perspective we have encountered very few whales, and those we did stumble across were restricted to the far north. The well-travelled west coast of Svalbard presented itself as barren of cetaceans, and when we pulled into Longyearbyen a few days ago we were resigned to the fact that our time with whales in these waters was at an end. As a result the sight that greeted us yesterday lifted our spirits immensely.

Walking down the rocky shoreline of Adventfjorden our eyes were suddenly drawn to a bright white flash standing out against the turbid water. Soon the single flash was joined by several others until the sea was filled with white backs arching gracefully from the depths. The pod of passing beluga whales must have exceeded 50 individuals in their number and comprised not only the white adults but also the mottled grey backs of juveniles shadowing the movements of their mothers. 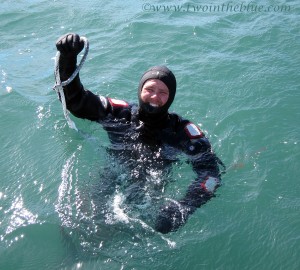 Thus with beluga porpoising all around we returned to Widdershins with hope in our hearts regarding the wildlife of the this rocky outpost of the Arctic. A pleasant thought to buoy our spirits as we get to work on preparing Widdershins for the coming crossing of the north Atlantic on our way to Greenland. As it turns out we have a lot of work ahead of us! That small incident of a rope wrapped around a propeller we mentioned earlier has metastasized into rather a serious issue – it seems the stress on the motor fractured the support struts of our engine! Thus I will be spending the next couple of days grinding and welding new struts out of spare pieces of steel that I have managed to scavenge from the various piles of discarded industrial equipment that line the streets of Svalbard. Hopefully it is nothing that will slow us down for too long but as always there is plenty to keep us busy!