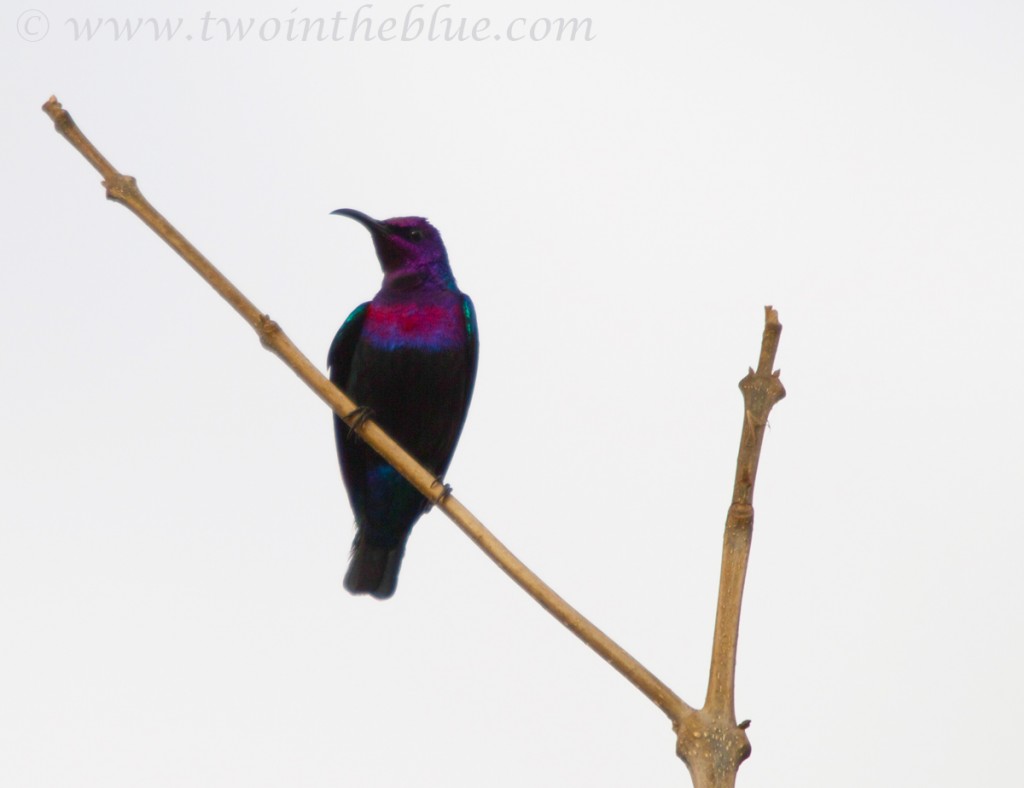 We had a very tranquil journey from Senegal to the Gambia. Well … as tranquil as it gets in this part of the world. We did have a couple of moments of excitement including the realisation that the surges of phosphorescence criss-crossing the wake of the yacht were, in fact, caused by rather large sharks that followed us throughout the night. I was also rather concerned by a big trawler that suddenly materialised in front of me in the early hours oft he morning. I had gotten used to dodging the small canoes bearing torch-waving fishermen, but when a huge fishing ship with no lights, with trawl arms extended, and seemingly with the intension of reversing directly into us appeared in the starlit night I must admit I was rather nervous. In the end we pulled in the sails and motored full steam in the opposite direction, but he continued his dogged reverse pursuit for some time … weird. 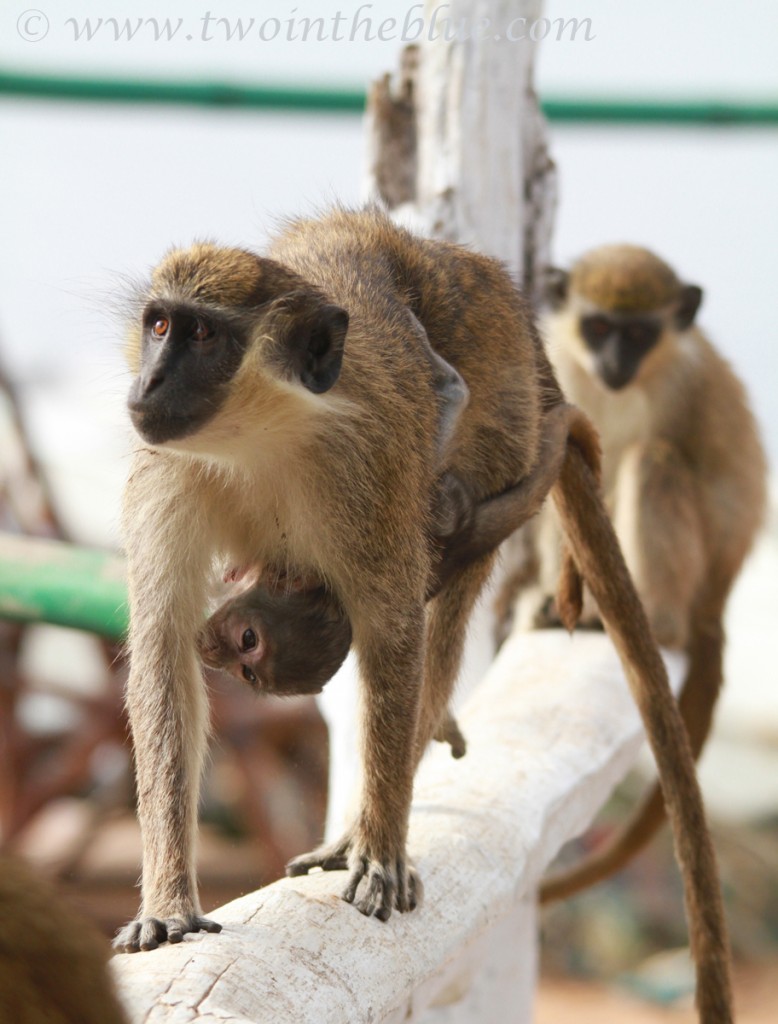 The chaos continued upon arrival at Half Die in Banjul (named literally because half the population died of a cholera outbreak). The name is not exactly encouraging and as a first introduction to the Gambia it leaves a lot to be desired. To be fair we arrived on Friday (Prayer day), which was probably a mistake – but we definitely got the feeling that the immigration and customs officers saw us as nuisance. There were a few friendly people at the immigration office, but generally we were dragged around, interrogated, told that our boat was anchored too far away, told that our boat was too hot, told that our immigration officer was very hungry, told that our food wasn’t good … and then we worked the game out. It took a rather blatant message from the uniformed officer: “I am a very unhappy man, usually you should give me a present”… oh … the whole performance was an exercise to extract bribes! We gave them small change in Senegalise Franks and they were on our way.

After this hot (over 35 degrees) and bothered start our visit to the Gambia took a dramatically better turn. After the tide turned we nosed our way into the small complex of 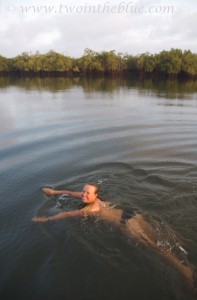 mangrove lined creeks behind Banjul. Abruptly the clamour of the docks was left behind and we were surrounded by wildlife. Cranes, pelicans, egrets and kingfishers darted around the waters edge and fish flitted and jumped over the turbid water. We worked deeper and deeper into the maze of twisted passages, past the derelict wrecks lining the shallows, past the locals collect oysters in the mud and past the fisherman in their battered wooden canoes until we took the final turn and Lamin Lodge was revealed before us.

The Lodge is now abandoned and falling into a state of rickety disrepair, but we will tell more of it’s history in a later blog. Right now it is a pocket of tranquillity with cheeky green monkeys vying with the local fisherman for our attention. The water is a balmy 30 degrees which makes it perfect for a morning swim to wake up. Life here is a few paces slower than anywhere else we have visited but we are loving it!