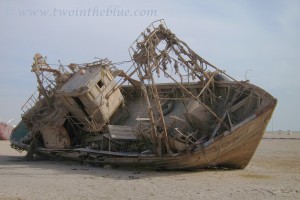 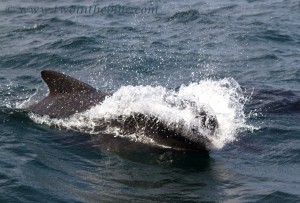 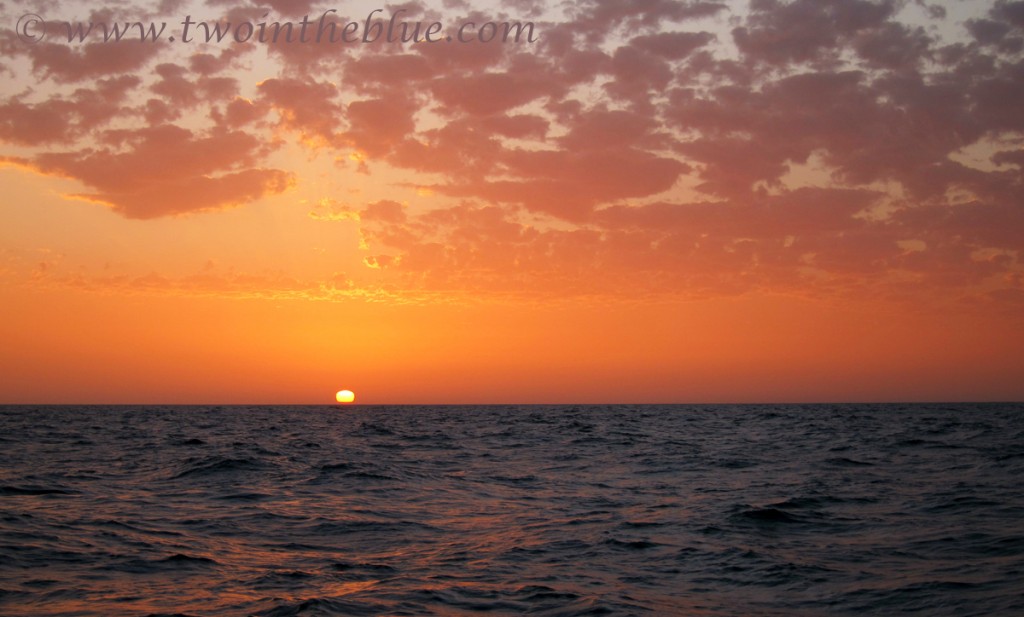 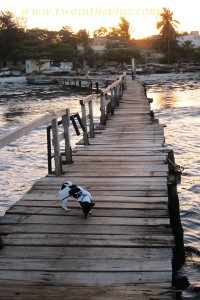 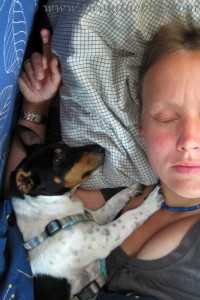 When our propeller finally arrived with more than a month delay, it almost took us by surprise, having waited for so long. Even more astonishing was the quick installation: after having a good thought about it, it took Pat only half an hour under water to exchange our one bladed woe for a three bladed bliss. And suddenly nothing kept us from moving on! Well, except for roaring sea which had built up to five-meter waves outside our sheltered harbour. Then again, we had been locked down for so long, another few days really didn’t matter so much …

Soon the sea calmed down and we found ourselves on the road again! Our next destination lay 250 nautical miles to the south-west: Rubicon, a small town on Lanzarote, one of the Canary Islands. As usual, we divided the sailing between the two of us in four-hour shifts, one person on watch, the other cooking or sleeping. That is, if Sparrow allowed any rest! She was not happy at all to leave Agadir behind – after all, she’s never been at any other single place for longer. To sooth her sulky mood she was allowed to sleep on the berth with us – at the foot end, of course. Which worked fine, until one awoke from a paw poking into one’s neck. Apparently the little rascal could only sleep with her head on the pillow … 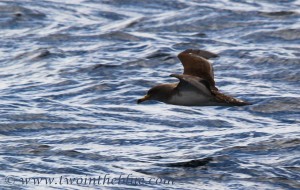 Otherwise it was all smooth sailing. The winds were moderate and from behind, the sea was calm, and the sun hot on our backs. What a difference to sailing in the Arctic! No more down jackets, big mittens, beanies and winter boots, just shorts and t-shirts and, best of all, no shoes! The sea warmed to
over 20°C, shearwaters and terns soared overhead, and the occasional loggerhead turtle told tales of the tropics. At night, no moon lit the clouded sky, and the only light came from below as the breaking waves on Widdershins’ hull stirred the plankton to emit their otherworldly fluorescent glows. To add to our own shimmering wake, the sea was suddenly illuminated by converging streams of light. As our eyes struggled to comprehend these sudden comets of light a pod of dolphins broke the surface, racing briefly along our boat only to disappear into the blackness of the sea again.

As the second night came to an end, the horizon was finally illuminated by an additional glow: Lanzarote lay ahead! As we approached the island in the early morning, bleak volcanic hills devoid of any vegetation greeted us. A few hours later we pulled into the harbour of Rubicon, and here we are, back in Europe again! No more mosques, veils, men in long robes or donkeys pulling carts, instead the place is bustling with tourists, bars and bowling clubs – quite a change of scenery. Tomorrow we’ll hopefully head on to Gran Canaria, to sort out further African visas … and to finally leave Europe behind for good!