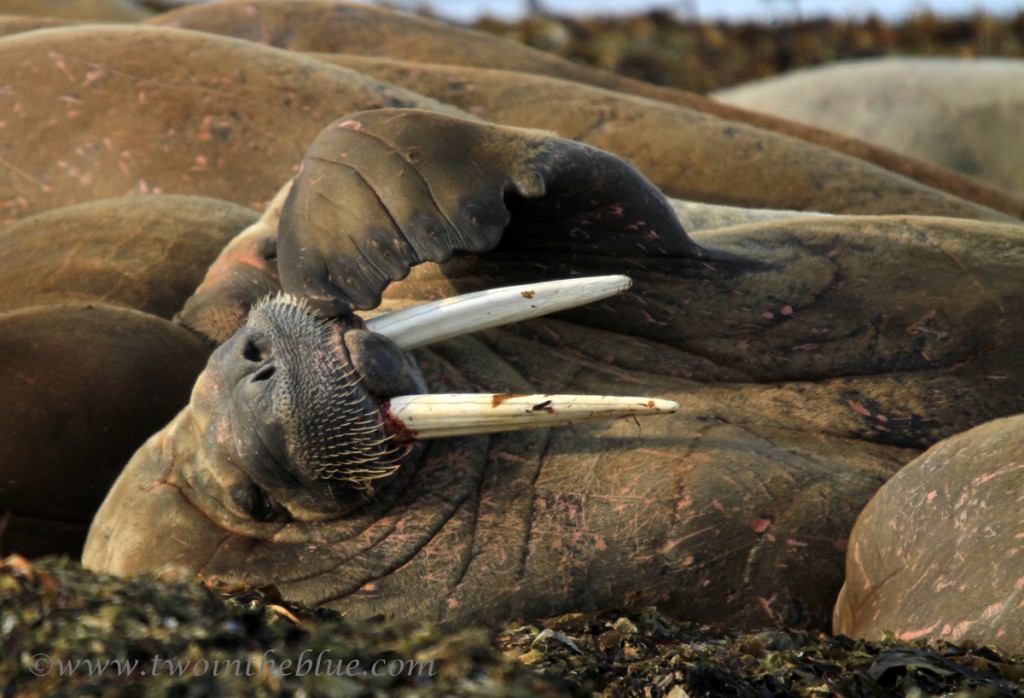 It feels very arctic up here in Ny Ålesund. We arrived after a very long arduous voyage into a hellish headwind and a sharp swell early this morning. On the way, we did manage to stop off for a fantastic few hours with walruses hauled out on the sandy beach of Poolepynten. These leviathans were hauled out in a steamy heap with tarnished tusks all akimbo, and bloated bodies bunched into a wallow with a smell that would turn back the most ardent adventurer … but we held our nose to get some close-up quality time with these wondrous malodourous monsters. But other-wise, it has been a bit of a rough slog. The journey saw us confront some serious issues. We managed to get a rope wrapped around the propeller – the normal course of events for yachties is to blame those damn crab pots at this point. However, since we haven’t seen a single pot in the arctic we have to acknowledge that yes, it was our own rope that fell in the water and got wrapped around the prop and caused us to grind to an very abrupt stop in the middle of a sound known by the English whalers as “Foul Sound” – very appropriate as it turns out to be a very windy exposed stretch of water with dangerous shoals on all sides. 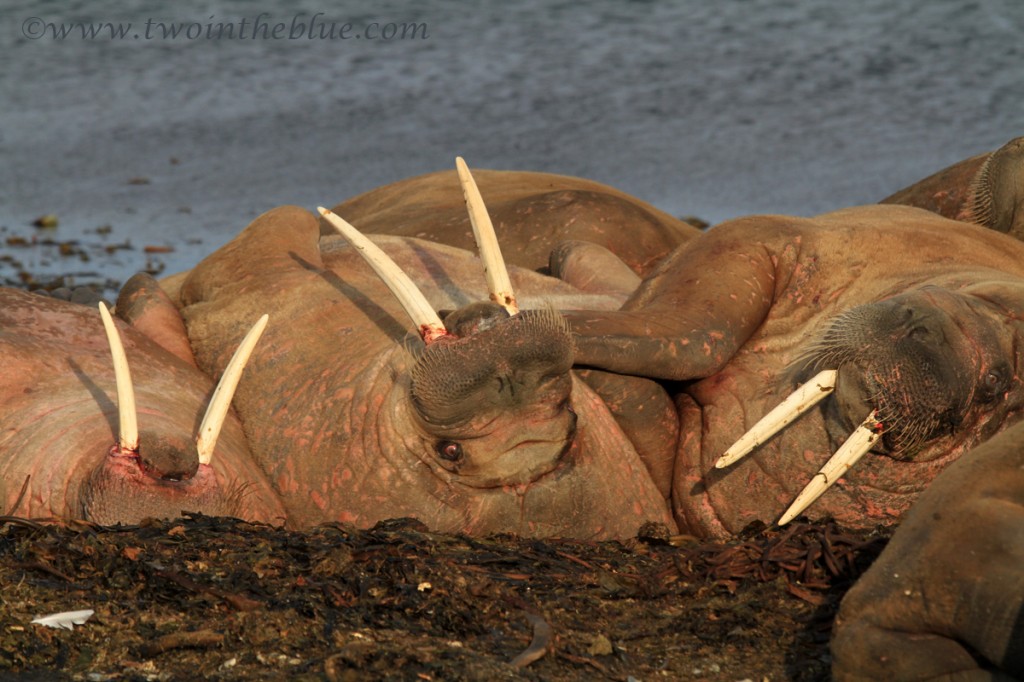 Thus began a slow tack into the wind before we finally managed to gain shelter at Selvågen where we settled in under sail and tried to get some sleep. The next morning saw me don the drysuit and dive under the yacht to untangle the offending line from the propeller, before the engine grudgingly kicked into gear and we made our exit for the north.

Again we were faced with poor weather and a long slog into the wind… also some problems due to a broken rope allowing the anchor to fly free in the fray. With a resounding series of bangs and clangs we ended up with a series of dents on our starboard side. I also happened to lose a fairly series amount of flesh from my left hand while trying to retrieve the violently thrashing anchor while waves crashed around my knees, but I guess I’m getting used to that. Not a single finger without a gash or scrape of some sort right now.

But that’s all behind now as we lie at alongside in the splendid anchorage of Ny Ålesund, with glaciers to the north and rolling green field populated by geese on all sides. The wind has dropped – not a leaf stirred, not a dog stirred …. Well actually our dog did stir for an unplanned 4:00am solo outing into the bird reserves, with me in tow screaming for him to come, come, COME! …we will put it down to puppy enthusiasm I guess, but sheesh … bloody dog!