North of the night 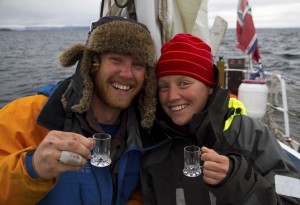 Over the past few days we crossed a lot of water as we wish to spend at least two weeks exploring the beautiful islands of Lofoten. To make quicker progress we decided to do a couple of over-night trips…. well, over-“night” is a bit an exaggeration this far north. In reality it never gets dark at all. Although we have not seen the midnight sun yet (too cloudy), the light dims only a little bit around 1:00 am, before it gets bright again.

As you can imagine sailing 24 hours non-stop can be hard going at times. There is always one person on watch (making sure we don’t run into rocks or miss seeing whales) and in the long night time hours this lasts for about four hours ….  any longer and you find yourself nodding off. Meanwhile the other of us is snug and warm in bed trying to snatch a few hours of rest before once again suiting up and facing the elements. 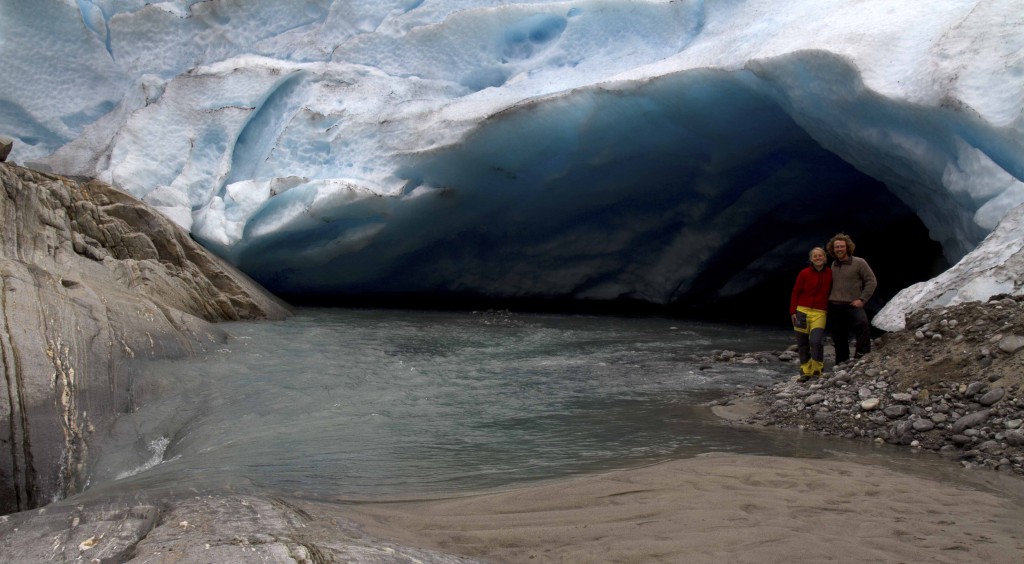 I had just finished my last watch and blissfully fallen asleep, when at about 3:00 am Patrick banged on the cabin door and announced that he needed me on deck urgently. Sluggishly I peeked out of the cabin only to be greeted by a gush of cold water on my head and a broadly grinning Patrick who declared that this was Neptune’s kiss. After some well-directed curses I grumpily crawled out and he explained that we were just about to cross the Arctic Circle. Before we crossed I promptly secured my revenge in the form of a glass of water on Patricks head (after all, it’s his first crossing on a boat as well), then we raised a toast with some miniature gin bottles. At least we thought it was gin until we downed it. Turns out it was some horrible sweet gin essence probably meant for cooking, yuck! 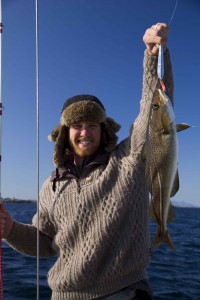 Our first stop north of the circle was in one of the fjords. While it was once again overcast, the gaps on the cloud allowed tantalising glimpses of jagged peaks and white ice caps descending in an icy turmoil down the steep sides before grinding to a halt only meters above the water. We eagerly climbed up over spectacular rock formations where multi-coloured rock twisted in many layers and bore the scars of the glaciers passage. And only a short distance away the glaciers terminal face rose above us with the mouth of a cave where water relentlessly dropped down to form an impressive waterfall that tumbled down into a crystal-clear lake below.

Now we’re again further north, only a few hours from Bodø, where we will refill our food supplies to prepare ourselves for the journey across the seas to Lofoten. Right now Patrick is cooking his latest catch of fish for a delicious dinner. Seems Neptune appreciated our toast and rewarded us with a beautiful cod (though he did take my lure in payment…).

This entry was posted in Norway and tagged Cod. Bookmark the permalink.

2 Responses to North of the night