April fools day arrived in Morocco to see two rather sorry fools gazing at a square package that had been occupying almost all of their combined attention and energy over the past month. I have to admit to dreaming on at least two occasions of finally placing my hands upon this very package – yet rather than the waves of relief that my dream counterpart experienced, I found myself gazing rather dejectedly at our long-awaited delivery. Though this square package did indeed hold the promise of providing us with propulsion at last, the package was bound in several layers of twisted wire with imposing lead seals featuring the star of Morocco. Clearly the intention was to deter us from any audacious thoughts of actually laying our hands on the gleaming brass propeller we new lay within. 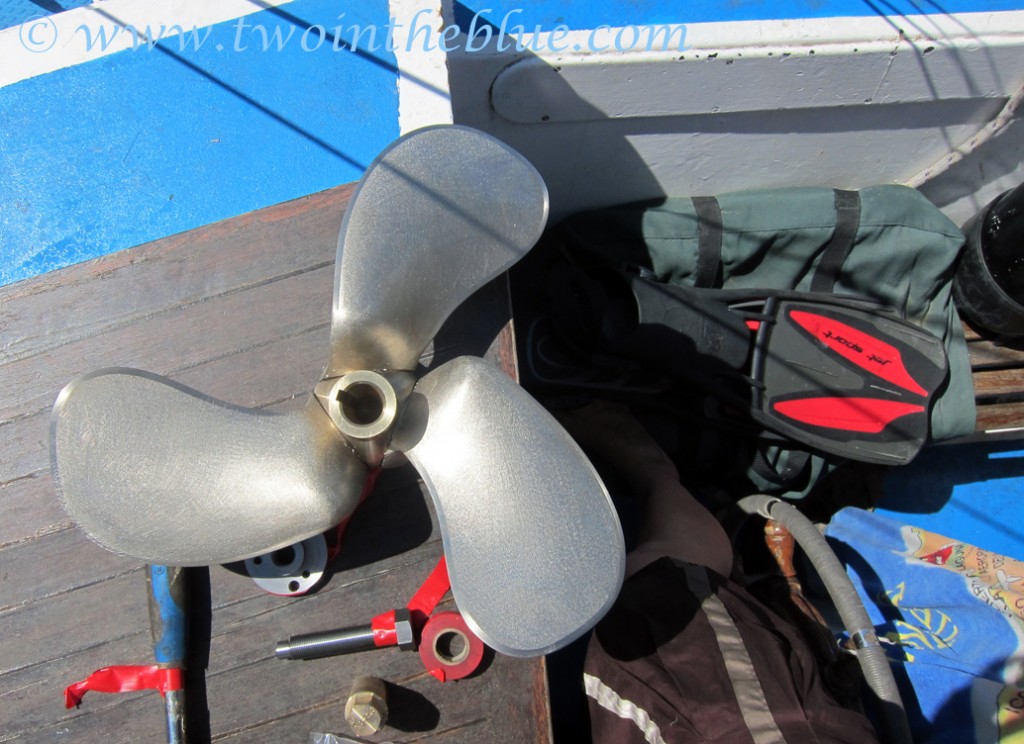 After a morning spent trying to find out exactly what we were supposed to do next (there was no instructions or paperwork associated with our tardy delivery) we fearfully envisioned another convoluted dance through swaths of red tape. Than we realised it was April fools day! Being a glass half full kind of guy I quickly congratulated the witty humour of the faceless bureaucrats who had been holding our package for ransom for over a month, and chuckled as I snipped the seal.

Inside our box lay a very shiny new Brunton’s Autoprop – and as opposed to the one-bladed chunk of brass that had propelled us south from our last harbour, this version had three blades! 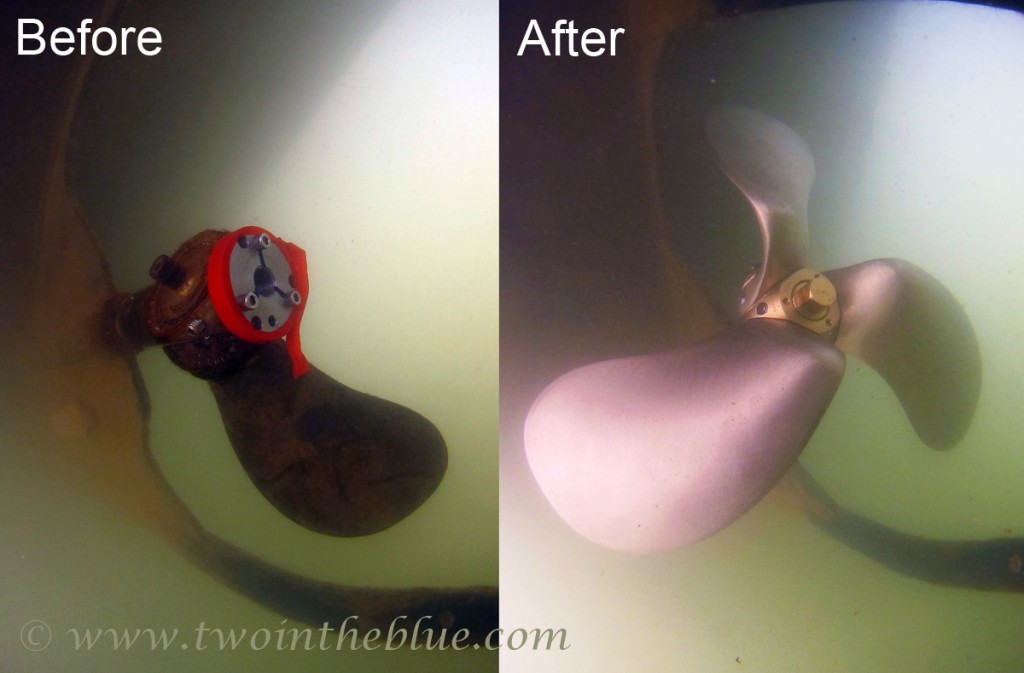 Buoyed with giddy optimism I donned my dry suit, took a glance at the murky harbour, found a spot free from any conspicuous floating hazards (we once counted 12 condoms on a walk down our weir), and dived in. I can’t say what followed was particularly enjoyable, but to be honest a job, which I had feared for some time, turned out to run rather smoothly. True the visibility only extended about as far as my arm, but having had quite a long time to think things through (over a month!) we had a system in place for every eventuality. With Leonie handing me tools, the dog barking in disgust, and me flailing in the gloom we actually only took half an hour to detach the mangled mess that had powered us through the arctic. In a jiffy we had restored our boat to mobility with the addition of a gleaming new propeller.

Next stop: the Canary Islands!