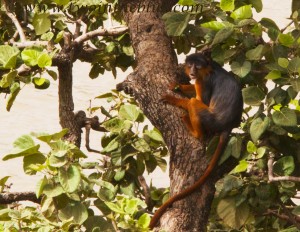 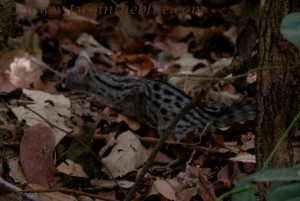 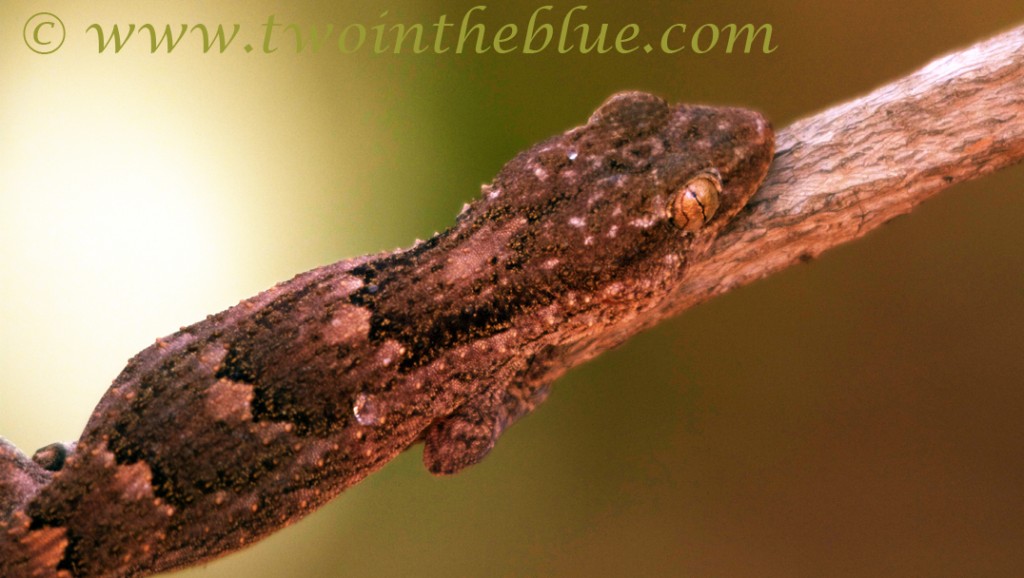 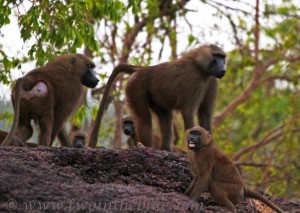 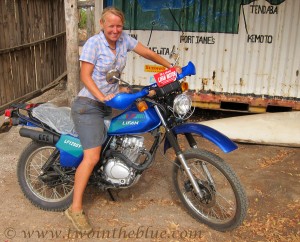 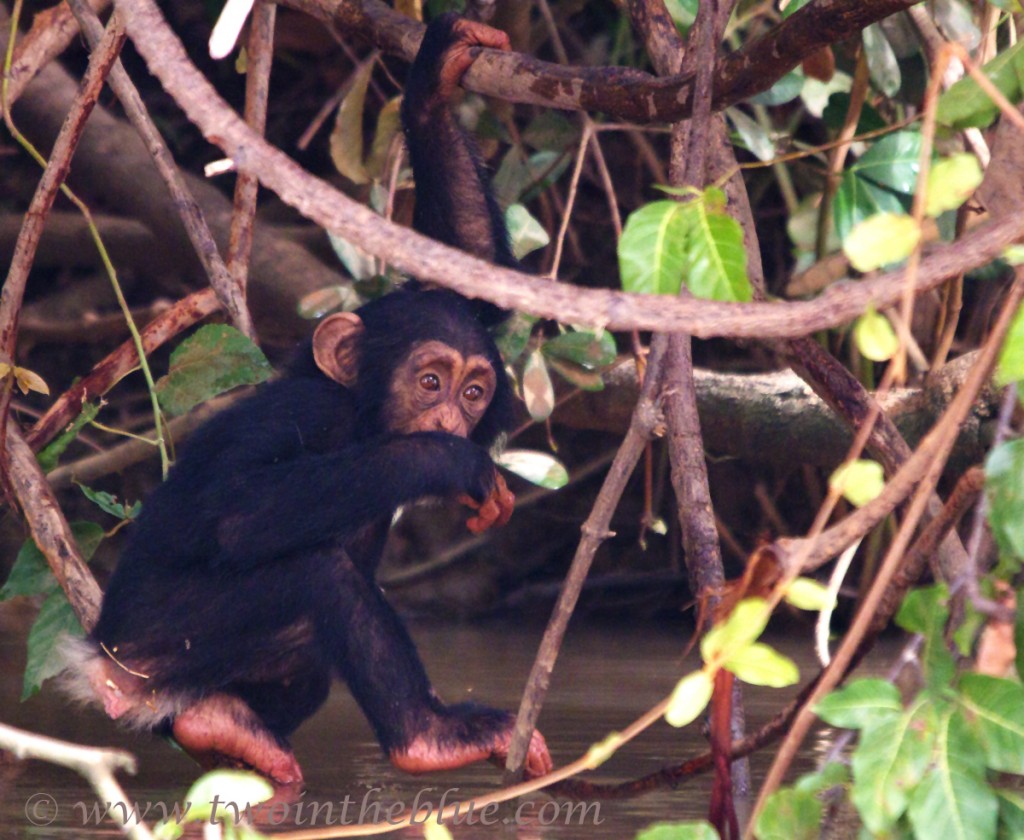 It is morning here in the Gambia and the breeze is still cool despite the glowering sun rising over the canopy of trees that cling to the river. The trees themselves form a dense tangle of a million shades of green broken by the occasional flash of colour as birds dart amongst the foliage. Also moving through the canopy are dark shapes that screech a 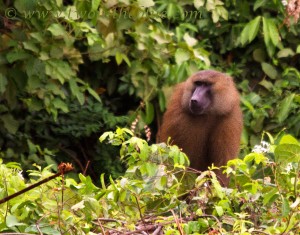 nd chitter as they crash through the leaves – monkeys for certain but which species? It’s hard to catch a glimpse in the mysterious gloom behind the bright green, and besides, the hippos in the river are snorting and grunting and it is hard to pay attention …

Leonie and I are sitting on the deck of the Waterhouse at the Chimpanzee Rehabilitation Project camp on the River Gambia. For once we have left our yacht behind and hitched a ride up-river in more conventional transportation – a four hour trip passing through rutted roads, small villages populated by circular mud huts and smiling children, and of course through an endless vista of arid grassland populated by towering termite mounds and grinning baboons (the smiles of the children were genuinely friendly while the baboon grins were clearly intended to show us the pointy nature of their dentition). When the journey was finally over and we stepped into the shady haven of the River Gambia National Park we both felt we had stepped into a dream. 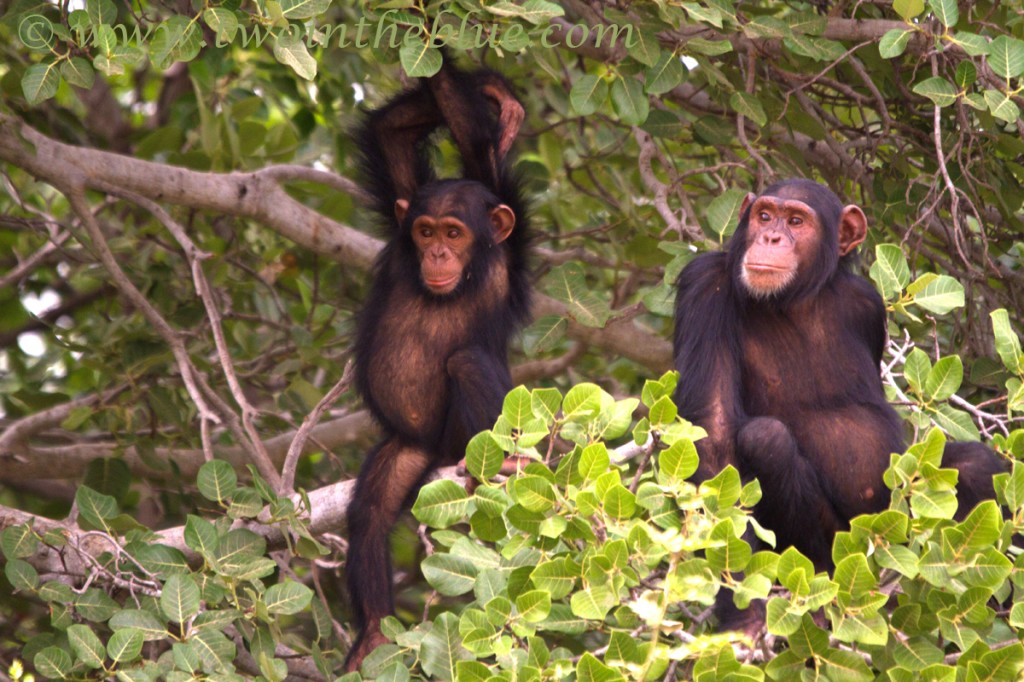 We have been privileged over the last 12 months to pass through some amazing wilderness and to meet some amazing characters, but the Chimpanzee Rehabilitation Projects stands out as something special. Starting with the ambition of re-introducing captive and orphaned chimps into the wild, the project encompasses some of the most 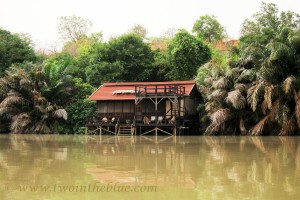 pristine wilderness remaining in the Gambia and protects a whole host of species including the endangered red colobus monkey, green monkeys, patas monkeys, olive baboons, genets, hippopotamus, hyena … well the wildlife here is far too diverse to start a list. And let’s not forget the chimps. Observing wild chimpanzees amidst the dense foliage of the river bank is a thrilling experience, and one that leaves a lasting sense of wonder.

But for now there is no time to wonder too much as there is so much more to see in this amazing reserve. 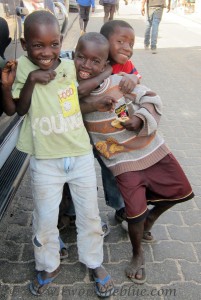 The hot sun of the tropics has been roasting our skin into a slightly alarming shade of brown since we arrived in Senegal. Meanwhile the same sun has been taking its toll on our equipment. In the last passage we had a rather heavy casualty rate! Not only did we have a torn mizzen sail, but out tiller arm (the bit you steer with) broke, the pole that we use to hold out our genoa sail snapped, our mainsail broke loose, one of the cupboards caved in after I collapsed rather too enthusiastically after a long watch, and our fridge has turned into a heady soup of rotten meat juices thanks to some stray steaks from Morocco. On top of that, my computer took one too many falls and the wires connecting the screen to the computer were severed, rendering the computer useless. 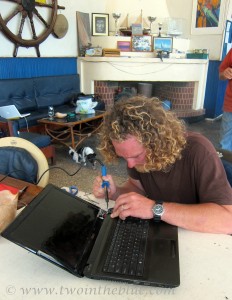 Thus our past few days have been spent in repair mode. Leonie has stitched and repaired the mizzen sail while I have tinkered with various bits of equipment and with the help of a borrowed soldering iron convinced them to work. However, while our own ingenuity is enough to solve most problems, in some instances you have to turn to the locals for help. 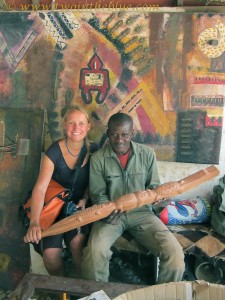 In this instance we had a fantastic experience with Sow – a local carver camped in the empty shell of a building just down the road from where we are moored. We came to Sow bearing the battered remnants of our broken tiller arm and asked him (in broken French) if he could knock together a replacement. Two days later we were holding a beautifully carved piece of African hardwood embellished with crocodiles, turtles and hippopotamus. Our tiller now stands in pride of place as the most fancy part of our aging yacht and we couldn’t be happier.